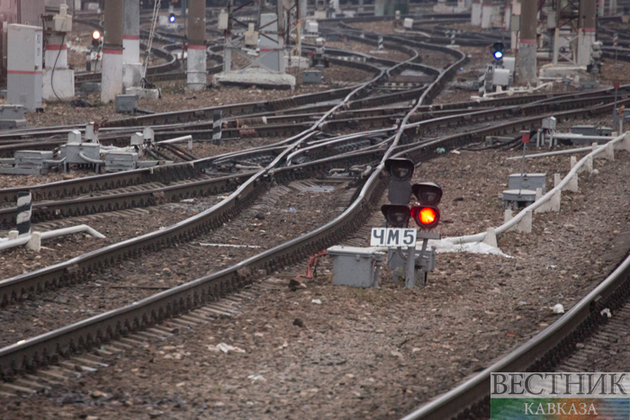 The Uzbekistan-Kyrgyzstan-China railway is a project that’s been discussed for the best part of two decades. It’s an important trade corridor but at present containers that typically carry Chinese manufactured goods and Uzbek cotton start and end their journeys on railway lines with different gauges. The middle section, across Kyrgyzstan, is on the backs of lorries. But talks since the start of this year seem to have borne fruit -  writes political editor at Eu Reporter.

The new rail link has long seemed to be an attractive idea in transport and economic terms but inevitably with a project linking three different countries, the political timing had to be right as well. The pieces seem to have finally fallen into place at the recent online economic forum of the Eurasian Economic Union.

In his address to the forum, Uzbek President Shavkat Mirziyoyev said that the railway will “open new opportunities for transport corridors linking our region with markets in the Pacific Ocean area. The move will add to the widening of existing railway routes connecting East with West”.

Kyrgyz Prime Minister Akylbek Japarov has said work will start this autumn and called it the largest project in his country’s history. China has long pushed for the rail link to go ahead, pledging $2 billion in development loans to fund it.

The line will run for 270 kilometres from Kashi (Kashgar) in western China to Andijan in eastern Uzbekistan via Kyrgyzstan’s Naryn and Osh oblasts. It would create an additional land-based route through Central Asia for Chinese exports to European markets, by connecting to the existing Uzbek and Turkmen rail networks running to the Caspian Sea.

It would give Uzbekistan a new rail route for trade with Asia-Pacific markets and Kyrgyzstan could expand transit fees of up to $200 million per year. President Mirziyoyev of Uzbekistan has taken every opportunity to stress the opportunities that the railway would create.

In April, Uzbek and Kyrgyz ministers announced that all difficulties had been resolved. The project also has the potential to improve links between Central Asia and South Asia, as trains could pass through China to Pakistan, avoiding Taliban-controlled Afghanistan.

Neither Uzbekistan nor any of its immediate neighbours have a coast and its location as a doubly-landlocked country has often been seen as a disadvantage. But it can also benefit from its pivotal geographic location and its status as a crucial hub.