Opponents of Turkey's transition to the presidential system started protests in Istanbul. The actions were organized in connection with the dissatisfaction of some citizens with the results of Sunday's referendum. Nevertheless, US President Donald Trump called Turkish President Recep Tayyip Erdogan to congratulate him on winning the constitutional referendum, despite the fact that some observers said that violations were recorded during the voting process, which could affect its outcome.

Moscow continues to closely monitor what is happening in Ankara and Istanbul. The Associate Professor of the Department of International Security of the Faculty of World Politics of Moscow State University, Alexey Fenenko, is convinced that the recent referendum in Turkey is a step of the country's policy of departure from the Kemalist project, which was laid in the early 1920s. The political analyst described the essence of the Kemalist project as follows: "The secular pro-Western state, which positions itself as an apprentice of the West, carries out extensive borrowings of both Western culture and the Western system. At the same time, the army controls the irreversibility of this project. Its erosion has began back in the 1960s. In 1980, the Turkish army extended the essence of this project as a result of the coup, it was enough for 20-25 years, and in the middle of 2000s Turkey has begun to gradually enter a period of restructuring of its system. "

Answering the question what had has played against the Kemalist project, Fenenko expressed the opinion that the West has begun to repel Turkey: "The whole Kemalist project was focused on the fact that one day Turkey will become part of the West. But the European Union promises Ankara only the status of an eternal junior partner, and in 2003-2004 the United States showed that they have other favorites. The game has begun to recreate Kurdish autonomy, which is potentially dangerous for Turkey. NATO accepted Bulgaria. It became clear that the West does not take Turkey on equal terms. So, the question arises, how can Turkey develop?" 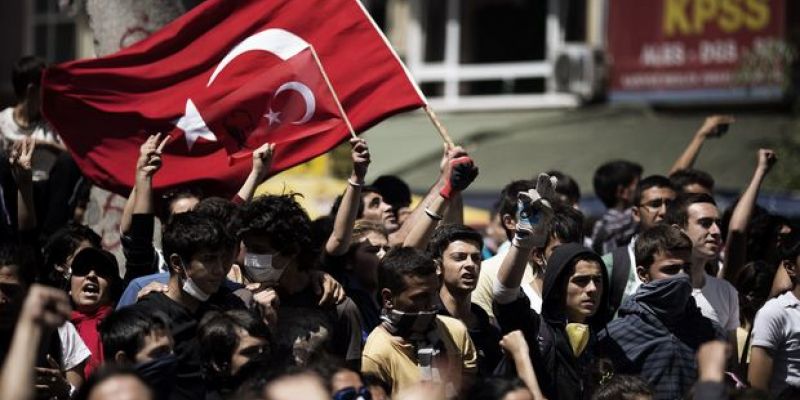 Considering the option of recreating Pan-Turkism, Fenenko noted that Turkey is in the ring of unfriendly states: "Let's see with whom Turkey could potentially build a pan-Turk or Neo-Ottoman project. Bulgaria has claims on Adrianople and Edirne, it did not hide it even when joining NATO. Greece - no comments. Cyprus - no comments as well. Syria - Turkey's relations with the Syrian leadership are not the best. Even if one focuses on the scenario scenario of a Syrian collapse, then Turkey will get the area populated by ethnic turcomans at the most. Iraq - the same. The Kurds are growing stronger there, as in Syria. On the other hand, Iraq does not like Turkey's independent actions in the Iraqi Kurdistan. Let's recall the July war in 2015, when Turkey carried out strikes against it, and what reaction it provoked in Baghdad ... Iran and Armenia are not the most friendly states for Turkey. It has potential tensions and potential contradictions with Georgia as well... In fact, Turkey's foreign policy capabilities are limited".

The political scientist comes to the conclusion that Russia could become a good partner for Turkey: "Russia is the only country which is currently interested in strong Turkey, because we benefit from the Montreux Convention, which exists today. If serious internal instability occurs in Turkey, it is not a fact that the Montreux convention that benefits us will not be replaced by some other, more profitable to Washington and London."