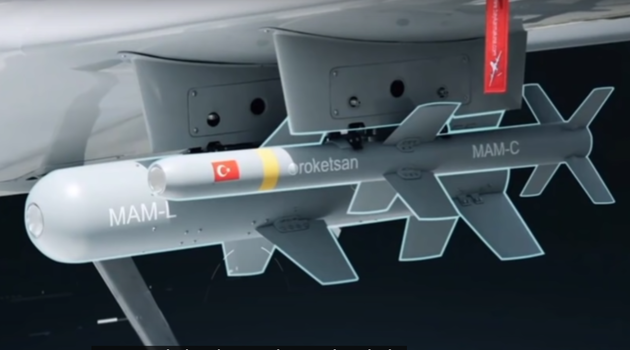 Turkey hopes to unveil its new Bayraktar TB3 drone this year. The armed drone is a successor to the TB2, well-known for its combat successes in Libya, Syria, Nagorno-Karabakh, and other places. Unlike its TB2 predecessor, the TB3 is designed as a naval drone capable of operating from short runways and ship decks, Forbes reports.

Turkey also hopes to commission its navy's new flagship, the TCG Anadolu (L-400), an amphibious assault ship based on Spain's Juan Carlos I, this year as well. Turkey had previously contemplated ordering a small fleet of fifth-generation F-35B Lightning II short-takeoff and vertical landing (STOVL) fighters for the Anadolu. However, Ankara was banned from buying any F-35s in 2019 after acquiring advanced S-400 air defense missile systems from Russia.

Instead, Turkey decided it would use the Anadolu mainly as a drone carrier. After all, if there is one thing that Turkey has proven itself capable of designing, developing, and deploying, it is armed drones. Thanks to their foldable wings, between 30-50 TB3s could operate from the Anadolu once it's completed.

And Turkey isn't just content with building TB3s for its shiny new flagship. It hopes to export these drones to other countries as it has done with the TB2. "The upcoming TB3 will be a great fit for Japan's Izumo-class platforms," said Haluk Bayraktar, CEO of the TB2 and TB3's manufacturer Bayak, in March. Bayraktar might be on to something. Most navies cannot hope to field anything like a modern-day American supercarrier, so most make do with amphibious assault ships, landing helicopter docks like the Anadolu.

"Japan's Izumo-class ships were designed for VTOL (vertical take-off and landing) aircraft (such as helicopters), as such, it is smaller than a conventional aircraft carrier," James Rogers, Assistant Professor in War Studies at SDU in Denmark, told Forbes. "This being said, the TB3 has been specially designed for take-off and landing on short runway aircraft carriers, and they have foldable wings, so the TB3 could be a way for these smaller 'carriers' to have a fixed-wing longer-range airpower capacity."

Rogers went on to note that the TB3 is "set to fill an important capabilities gap for Turkey." "With F-35Bs still unable to be exported to Turkey, the TB3 will provide Turkey's TCG Anadolu amphibious assault ship with operational offensive airpower," he said. "If this proves successful, it will pave the way for other countries with similar ships to launch what is effectively a 'Drone Aircraft Carrier', where amphibious assault ships are turned into 'drone motherships'."

Aside from providing armed drones for the Anadolu, Baykar may have aims to dominate an emerging market for naval military drones. "Airborne drones for the maritime domain are a growth area in military drone development," Rogers said. "Russia is experimenting with large VTOL drones and drones launched by catapults from ships for use in and around the Northern Sea Route." "Yet, out of necessity, Turkey is leading the way with the TB3 for national military use and potential future international sales."

Given the fact that the TB3 is designed primarily for naval operations, can it realistically replicate the export success of its land-based TB2 predecessor? "The TB3 will initially ride off the reported operational success of the TB2 across the world," Baker said. "From Libya to Ukraine, the TB2 has been promoted by Turkey as a world-leading drone system, but the TB3 will still need to be proven in the longer term and sold in a responsible way to mitigate misuse by new drone actors." "Nevertheless, I can see the TB3's BLOS (Beyond Visual Line of Sight) flight ability and automated take-off and landing systems being a unique selling point of the TB3 over the TB2," he concluded. "It is an indicator of Turkey trying to cement its place as a 'drone superpower'."