Will relations between Russia and US become warmer after SPIEF? 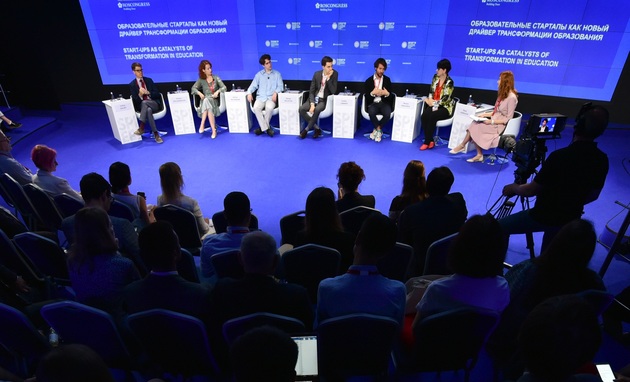 The St. Petersburg Economic Forum on June 2-5 will be the first global event since the pandemic to be attended by international delegations from the United States, Germany, Italy, China, South Asia and the Middle East. Addressing the forum, President Vladimir Putin noted that the most pressing issues of the modern economy will be discussed with the participation of statesmen, heads of major companies, corporations and banks, authoritative experts, young entrepreneurs who have already taken a successful business start.

"It is obvious that without building up equal and constructive cooperation between members of the world community, expanding multifaceted business ties, it is impossible to effectively resist global challenges and provide conditions for sustainable development. We have been doing this work for a long time within the framework of the Eurasian Economic Union, promoting the principles of free trade, mutually beneficial exchange of investments. Our country is interested in closer economic, scientific and technical cooperation with partners in other regions as well. We are ready to share our experience in such areas as healthcare and digitalization, to improve telecommunications, energy and transport infrastructure, work on the most important aspects of environmental and climatic agenda,” Putin said.

EUreporter writes that with the Forum’s main focus on green energy and sustainable development, Russia aims to boost international trade ties and attract investments to its economy. But the SPIEF could also be a link in the fragile chain between Russia and the US following Washington’s intention to work with Moscow and President Joe Biden’s announcement, saying he looked forward to joint efforts and was “very heartened” by the country’s call for carbon removal. China is also not a passive participant in the climate deal. Despite it has the agenda, different from the one pursued by the US, President Xi earlier in April took part in the online Climate summit headlined by President Biden.

Yet, China, the major economic competitor for the United States has been experiencing a number of sanctions from Washington including export bans and restrictions on two dozens of Chinese diplomats following the confrontation between the U.S. and China over the governance of Hong Kong.

Russia, similarly, was imposed with sanctions on more than 30 officials and entities for attempts to meddle with the 2020 U.S. election, including the hacking of SolarWinds, an IT government contractor. Furthermore, in the first days of Biden’s Presidency ten US diplomats were expelled from Russia in retaliation. Nevertheless, Biden has sought a meeting with Putin this summer, and Moscow confirmed Putin's attendance at the Climate summit.

The SPIEF where most delegations come to make business could become a cracking point in the U.S-Russia tensions. But on the other side, Beijing with its huge delegation and broad program that includes signing of dozens trade and economic deals with Russia, will likely try to aside Washington from its involvement to global affairs as much as possible.