Will Crimea become a territory for priority development? 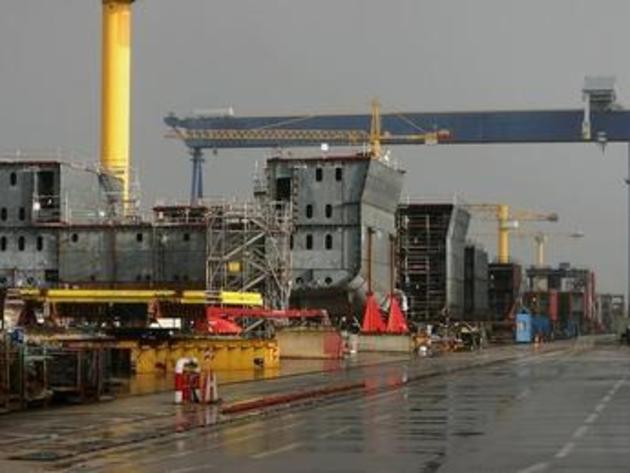 Last year, a law on territories for priority development was passed, the residents of which will enjoy tax and other indulgences. For the moment, they are planned to be created in the Far East and in monocities. Today the question is also being discussed of the creation of economic zones with investment incentives and minimal regulation in Crimea. Presidential Aide Sergei Glazyev believes that it is necessary to do everything possible for the Crimeans and those who go to Crimea to feel well and not have headaches about the future of their employment, development, income and so on.”

The meaning of the territory of priority development is primarily a concentration of resources in breakthrough areas of new technologies, the new technological order. Today the world is passing through a structural crisis, and those regions that will be able to ride the new wave of technological development in time will be able to objectively create the conditions in order to get ahead, to secure advantages for themselves.

At the core of the new technological order is a complex of informational communication technologies, biotechnologies, nanotechnologies and cognitive technologies. This core is growing rapidly. I will note that the main load-bearing branch of the new technological order is healthcare, which remains the largest sector of the economy in the modern world. Education, culture and science. These four sectors will actually account for almost half of the total use of the gross product in the advanced countries. And Crimea in these areas has a clear competitive advantage.

According to Glazyev, because of its climatic conditions Crimea has always been regarded as our all-Russian, formerly all-union health resort and spa. Therefore, we need to modernize the potential there, which was established earlier, not only in the field of health, of course, but also in the sphere of culture, starting with resorts, the Yalta film studio, so it has something to do, has a place to expand. Here the priorities are quite clear.

However, when we talk about new centers, new promising areas of development, things begin to slip. I do not think that the creation of the playing zone may be some new development center, moreover, it is combined with the role of Crimea as a cultural and educational center and requires a certain dive in the general cultural context of the development of Crimea, in order not to destroy the advantages in the cultural and educational spheres that are there now. We have an example which is considered positive, the city of Minsk. I'll tell you that, if you talk to the young people in Minsk, today among many students the question arises, where to go - to university or a casino? It is a daily matter of choice for them. Therefore, here we must act quite cautiously. And in any case do not interfere with the development of the basic potential. The basic potential lies in the areas of healthcare, education, culture and science, which require very large investments and extremely high standards. Standards of living, and safety standards and environmental standards, Glazyev believes.

According to him, there is a clear direction of the development, so to speak, the development of the mud resources, which are the best in the world, and in Crimea there are a lot of them. And the program of manufacturing can be massive. On the other hand, there are a lot of ideas that are not laying on the infrastructure yet, the creation of technology parks, for example, in Sevastopol and Crimea. The creation and development of new educational institutions. All of this requires fairly serious efforts to create a network and infrastructure, which should be created according to the most modern standards.We need a very serious strategic development plan for Crimea for the next 20-30 years. It is clear that most of this has already been done, there is a federal program, a lot of resources have been identified, but we must understand that this is not enough. State appropriations are limited by definition. Of course, we would like to protect the appropriations that are intended for the TDC of Crimea from any kind of reduction and make them a priority, Glazyev says.

He believes that for the development of Crimea's infrastructure, such great funds are needed that to rely on the fact that only through government investments will we be able to give the necessary push to development, seems very naive to me. The budget is reduced under the pressure of the declining economic situation, the Central Bank shrinks the money supply. We just physically do not have enough loans to maintain even the simplest production, so it is necessary to create a regional development institution that will somehow compensate for this declining macroeconomic situation, the expert is convinced.
4875 views
Поделиться:
Print: