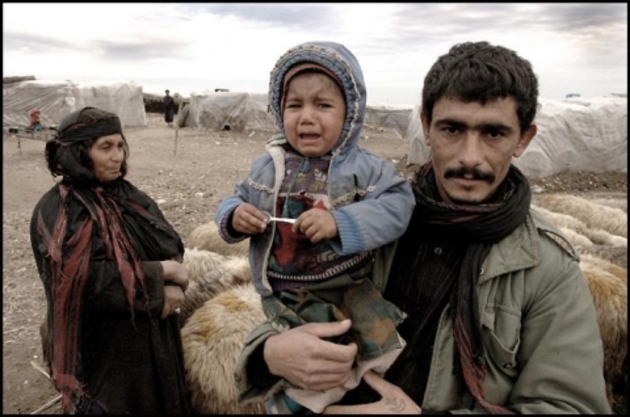 The European Union adopted new economic sanctions against Iran and prohibited export of graphite, aluminum, and steel to Iran as they could be used for production of nuclear armament and ballistic missiles. Sanitations against the Iranian Central Bank are being improved too – the EU banks cannot deal with Iranian banks anymore.

Iran Rajab Safarov, the head of the Russian Center on Contemporary Iran Studying

It is impossible to justify reasons and logics of the EU’s behavior. Sanctions touch on essential spheres of life of the Iranian peoples and have nothing in common with the regime or the authorities of the country. Even though the West and the EU always state that their actions are directed at pressure on the authorities of Iran, in fact they are worsening life of the Iranian people, as the sanctions influence common citizens. The new package of sanctions forbid even placement of orders for construction of sea tankers for Iran. Any transactions with Iranian financial institutions and banks are prohibited. Any deals about Iran are forbidden. It has nothing in common with nuclear energy of Iran, development of nuclear energy, missile technologies, or issues of internal and international security.

The new package of sanctions seriously restricts actions of major essential companies of Iran. It is the 20th package of sanctions against Iran. Iran is under huge pressure by the international society. Nobody would survive such a pressure. But Iran still resists it and tries to protect itself more or less effectively from these sanctions. It means stability of the regime.

As for Turkey, in recent years Turkey has concluded that Russia and President Putin are not promising figures for a long-term cooperation. It seems that the prime minister of Turkey Erdogan placed his bets on the West and became a broadcaster of Western ideas. It puts international security under threat as a lot depends on Turkey in fact.

I think such a position is subjective. Turkey agreed that the plane held up in Ankara carried no forbidden cargo. Another question is that Russia didn’t inform Turkey about the cargo in due time. Russia’s position is extremely important for Turkey. If Russia didn’t show an active position on Syria, nobody would predict consequences and development of Turkish-Syrian relations. Thus, it is a mistake to think that Turkey doesn’t consider the Russian position and Erdogan doesn’t want to discuss the problem with Vladimir Putin. Various states influence Turkey, including Russia.

Nobody believed that the EU would reject import of Iranian oil. It is not simple lobbying of the US and Jews. The process was double-sided. Embargo on Iranian oil was caused by statements of some Iranian officials on blocking of the Hormuz Strait.

Today the US is not in the situation of beginning a military operation against Iran. The point is not in the elections. There are more serious reasons. Firstly, the US has to reduce American presence in Afghanistan and withdraw troops from Iraq. In this context it would be difficult to explain Americans that troops withdrawn from Afghanistan should be launched to some other war, against Iran.

Can Israel conduct the operation by itself? The scenario is the following: if Iran decided to increase the level of uranium enrichment by 60%, Israel might strike Iran even if the US wouldn’t support Tel Aviv. The result might be various.

As for development of nuclear armament, I am a realist. I think one cannot create nuclear armament out of air. Pakistan needed 10 years for getting a nuclear warhead – a warhead for tests. It is nonsense to think that Iran is at the edge of getting nuclear weapon.
3895 views
Поделиться:
Print: