Russian-US relations: a pause or a dead end? 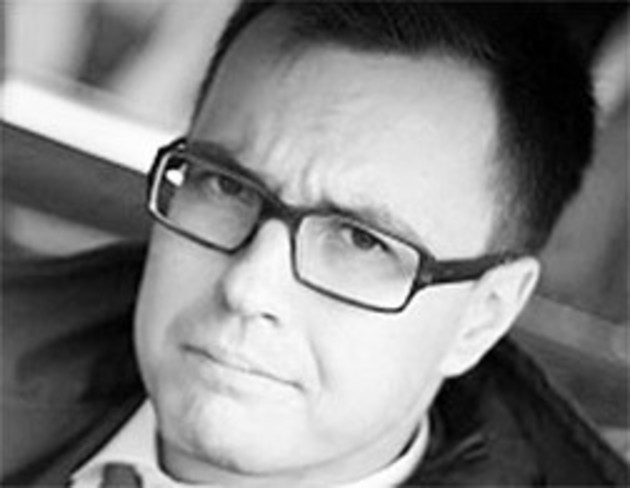 Russian-US relations cannot be driven into a dead end, regardless of whether U.S. President Barack Obama is going to Moscow or not, the Russian presidential aide Yuri Ushakov said yesterday. "Active contacts are continuing. Obama will attend the G-20 forum, the ministers communicate with each other, and among the departments there is the practical work ", Ushakov said.

Some experts also do not see any disaster in Obama's demarche, but the other part thinks the situation is more serious.

“The Obama administration came to an extremely pragmatic dialogue with Russia, because at the stage of the so-called "reset" it was clear that it was possible to get very good results, which the Obama administration could use in the domestic sphere and demonstrate to the world the success of its foreign policy”, Fedor Voitolovsky, head of the department of U.S. foreign and domestic policy of the Institute of World Economy and International Relations (IMEMO) of the RAS, says. Now, in general, on a number of issues, really, the dialogue is stagnant, but, in my opinion, there is no deep crisis. Saying that the cancellation of the bilateral meeting is some extraordinary shock is... You know, for a bilateral meeting we need a positive agenda, including for the Obama administration - for domestic political reasons. It must be shown to the critics of Obama's foreign policy and of relations with Russia that we have difficulties, but we can reach agreements on such and such matters”.

Meanwhile, according to the expert, “in the field of missile defense a compromise is not visible so far, because the U.S. will now implement those steps of adaptive approach which do not seem to suggest intercepting strategic delivery vehicles and promise not to deploy the following steps in the future. But in fact, just everyone knows that there is no technological reserve for this and this is just yet premature to talk about it. In addition, the Obama administration does not account, and cannot do it, again, in its domestic political and foreign policy considerations, that for Russia the deployment of the European segment of the so-called NATO missile defense - in fact it's an American missile defense system, because no one NATO country except France has any developments in this area, and they can only participate financially or at the level of production chains with some small part, so the Obama administration does not take into account the fact that for Russia the deployment of such a system in Europe is not primarily a military threat but a very serious political barrier between Russia and the countries of Western and Eastern Europe, in fact between Russia and the EU as the largest trading partner of Russia, and not between Russia and NATO”.

In addition, according to Voitolovsky, “the Obama administration is well aware that that linkage of strategic offensive weapons and missile defense systems, which Russia insists on, is unacceptable to the Republicans in Congress and will be criticized in the United States. The possibility of further reductions of strategic offensive weapons is not viewed, that is, those cuts that are required by the last treaty on strategic offensive weapons will be achieved, and then, in general, there are a lot of questions - in connection with the missile defense system and with the fact that many American warheads have been removed from combat duty and are in storage, not being liquidated. There are no breakthroughs here”.

But the expert believes there is an area in which dialogue is necessary. This is Afghanistan. “On Afghanistan, the two sides are very interested in the normalization of the situation after the withdrawal of international security forces, because so far the scenario in this country, and not only in this country but in the entire AfPak region, Afghanistan and Pakistan, with a serious impact on the situation in Central Asia, some normal scenario of the situation is not visible. On this direction the dialogue, I am sure, will be intensified in the coming years. It is no accident that it was one of the most important issues during the ministerial meeting”.

Vladimir Yevseyev, director of the Center for Public Policy Research, thinks it is necessary to consider the Russian-American pause objectively: “What is this objective approach? Last December and this January in the Obama administration there was a strong positive. I can say that they supported such a political step as the visit of the U.S. President's National Security Advisor Donovan in January, shortly after his appointment. However, this positive was not carried out. As a consequence, the visit took place in April. Here's the real delay”

In addition, according to Yevseyev, “the United States made Russia a few serious offers. I think that Russia probably didn't consider what the U.S. offered very carefully. In any case, the Europeans have a strong opinion that Russia does not have a constructive attitude and is overly rigid. I will explain to you what they are talking about. The U.S. would offer to have a further reduction of nuclear weapons. In this formulation, the question is unacceptable for Russia, but this problem can be somewhat modified. For example, we can agree on the reduction of strategic nuclear weapons. I believe this is so. However, the U.S. should be given a counter-offer. For example, if President Obama says, "Let's reduce the number of nuclear warheads and deployed strategic delivery vehicles, for example, to 1100." Russia must say, "Yes, of course, but let's reduce the strategic delivery vehicles to 500." This is a constructive dialogue. If Russia had done so, in this case it would be hard to blame Russia for the fact that Russia is unnecessarily rigid. But Russia has not made such an offer to the U.S. - and Russia could do it. However, we certainly understand both on the part of the United States and of Russia that for the United States such an approach is also unacceptable. Why? Because they have to implement the actual reduction of carriers which may still be operating, for example, for 30 years. This is a very serious option for the U.S. But in this case, Russia would have looked more convincing in the negotiations”.

Yevseyev thinks that the same thing, unfortunately, is observed with regard to missile defense:  “The U.S. calls for more openness in the field of missile defense. I think that there is nothing negative here, and we can indeed follow this way. Of course, the views of Russia on the development of the U.S. missile defense system are very different from what they say in the West. Russia believes that establishing the U.S. global system will be shifted in time, and not because the U.S. really wants to build a partnership with Russia. The United States does not want this. This is what we clearly understood when, in fact, Obama's visit to Moscow was cancelled – as it has been said, it was "postponed". However, I think that Russia should have here something to offer, because there was a lot of interest in the conference which was held on the missile defense system in May last year. It was in fact noticeable even by the representation of the conference. But, you know, there was no such interest in this year in May. Because Russia, in fact, does not offer anything to the U.S. Here's the problem of Russia. So I think that both sides are to blame for this pause to a different extent. Russia has many gripes with the United States, and the U.S. has many gripes with Russia. But if we talk about the pause, you know, we can keep this long pause for a long time”.