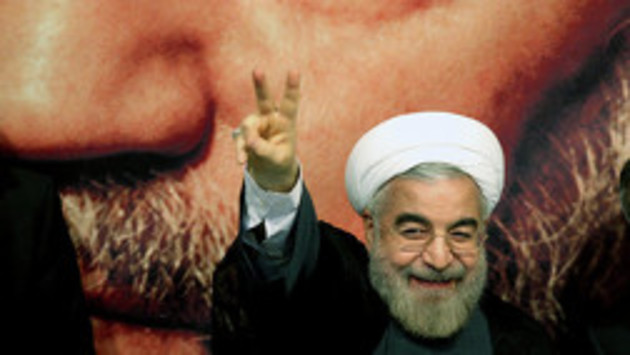 “When I saw the list of the new cabinet submitted for approval by Parliament of the Islamic Republic, I was just amazed”, Rajab Safarov, Director General of the Center for the Study of Modern Iran, said. “I did not expect that a future cabinet will consist of the cabinets of the two previous presidents, who, at least, were considered to be pro-Western or liberal. It can be seen as a challenge, an offer and a certain position. Out of the 18 people, only one candidate for the post of Minister of Energy is a member of Ahmadinejad's cabinet. All other holding key positions are very well-known figures not only in Iran, but also in the international community who have certain positions on certain issues. We do not take into account the competence of these people. They are all completely competent. Such a representation of the liberal wing, where everyone learned, got education, worked or had direct contacts in the West, is just amazing.

According to Safarov, “in Iran, a system of checks and balances is very well respected and active. On the one hand, we see a very serious call and offer to build relations with the West. On the other hand, there is a serious intensification of the ideological foundations of the state”.

Answering the traditional question “Who is mister Rouhani?”, Safarov said:  “The main motto of this man is balance and moderation. He will not make sharp statements about the Holocaust, about the fact that someone is due to someone else. He will not directly make attacks against Israel. He will not maintain hard confrontation with the United States and the West, with Israel and many other countries. But he will defend all the interests of the Iranian people. He will develop a nuclear program. He will not leave the position that meets the interests of the Islamic Republic. But he's not going to make mistakes out of the blue. Compliance with this balance is a great art. The West often do not need praising it. The West sometimes needs quite neutral attitude. Under Ahmadinejad, there was no such neutrality. Ahmadinejad had a tough position, motivated on the basis of the will of the people and the leader himself, of his ambitions. Hassan Rouhani is not a charismatic personality. He will not be remembered because of his vivid and sharp statements or steps that could be remembered for a long time during his work in the power system. But he is the brainchild of the Islamic Revolution. He is a member of the conservative Islamic clergy and is a real warrior fighting for achievements and conquests of the Islamic Republic and the Islamic Revolution”.

Currently, Syria is still a "red line" for Iran. “This is a strategic defense”, Safarov says. “Iran feels that if the regime of Bashar al-Assad falls, basics of strategic defense of the Islamic Republic will become bare. The West, the U.S. and other countries will be able to fight against Iran more effectively. This can lead to serious changes in the region. Iran will not give up providing all possible help to Syria under any circumstances and is ready in certain cases even to provide the real military and political assistance for the preservation of the regime of Bashar al-Assad”.

Vladimir Yevseyev, director of the Center for Public Policy Research, agrees with Rajab Safarov: “Rouhani’s policy toward Syria will not fundamentally change. Syria remains the "golden link" of the resistance against Israel. But the developments in Syria, for example, show a change in favor of Bashar al-Assad. In this case, apparently, financing power of Bashar al-Assad will not be necessary in such amounts. The aid may be reduced if fighters’ activity is reduced. Indeed, Iran itself bears a very large burden of risk. I believe that Russia, too, could itself take some part of this burden. In any case, now Iran bears it. Therefore, to reduce Iran's a burden, it would probably be the best option, but that would be the case if the situation in Syria becomes increasingly controlled by Bashar Assad. In this case, apparently, the amount of the Iranian aid can be reduced”.

According to Yevseyev, “it is necessary to seek a peaceful solution to the Syrian problem. I believe that there is no "problem" of Bashar al-Assad. The balance of power is not for the opposition, but this is not because the official authorities have become much stronger, this is simply how the situation turned out. The main reason here again is that there was a split and a weakening of the external sponsors of the opposition, that's what really happened. After all, if Qatar and Turkey continued to help as they did help, it would be extremely difficult to achieve any change in the balance of power. And now what is happening? The opposition is too divided, they have no one to represent them at the talks, nobody. They did not decide on who will represent Syria, the internal opposition, the external opposition, will there be Kurds, etc. The second problem that hinders the negotiations is the role of the Islamic Republic of Iran. I believe that it should be present at the talks, otherwise there is no sense holding a Geneva-2 conference. The West is against this.

The West hopes that the balance of power will be restored back to the side of the opposition, Russia hopes that the balance of power will remain with Bashar al-Assad. But you understand, there is blood. Look at what is happening. After all, the radicals are killing hundreds and hundreds of people. And this is what the West does not notice. That's the problem, the problem of double standards of the West. You cannot divide the opposition into moderates and radicals. The opposition is the opposition, and when it starts to fight, it becomes radical. That's the thing. From this point of view, this division is an absolute fiction. And to say, for example, that Russia should stop supplying arms to Bashar al-Assad. It is an easy thing to say. And can you, for example, ban Saudi Arabia from supplying arms to the opposition? You cannot. But if not, then what questions there can be to Russia? Russia has every legal right to supply weapons. Iran can supply arms to the legitimate authorities. If you cannot ban all foreign aid, then there is nothing to talk about. In addition to the West, there are Saudi Arabia, Turkey, there are other states, there is an open Syrian-Turkish border, there is a border that can be opened, the Jordanian-Syrian border. In these circumstances, what are you talking about? Again, the interference in the internal affairs of Syria is too much”.