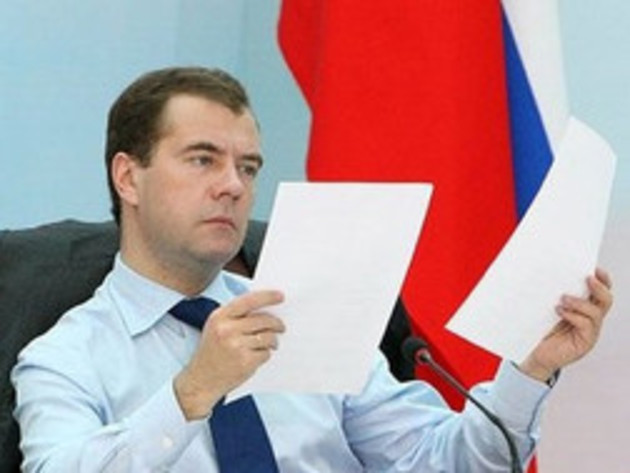 Today the official visit of Russian Prime Minister Dmitry Medvedev to China begins; he was invited by Premier Li Keqiang .

On Tuesday, Medvedev will take part in the 18th meeting of the heads of governments of Russia and China, and on Wednesday, he will visit the scientific and innovation center of China - Hefei City in Anhui Province, where, in particular, he will communicate with the students and faculty of China University of Science and Technology .

These meetings with the Chinese leaders will focus on enhancing the volume and improving the structure of bilateral trade, the development of investment cooperation, the implementation of projects in the energy sector and the strengthening of industrial cooperation. In the field of humanitarian issues the heads of government will sum up the mutual 2012-2013 Tourism Years and assess the readiness for the annual youth exchanges between Russia and China to be held in 2014-2015.

As for the documents that are due to be signed after the meeting between Medvedev and Li Keqiang , so far the government states only that these would be "inter-departmental and corporate documents aimed at the further promotion of Russian-Chinese practical cooperation in various fields."

Professor Dmitry Avdokushin, Director of the Center for Asian Studies of the Economics Department of Moscow State University, told about the priority issues in the Russian – Chinese partnership. He thinks that between China, Russia and the U. S. (plus the Central Asian countries and the South Caucasus) there is a large geo-economic game.

This is about the project "Silk Road" - namely, the economic "belt" of the "Silk Road", which was presented by Chairman Xi Jinping. “Undoubtedly, Russia with its Eurasian Union, which was mentioned for the first time two years ago, should look at the proposals of the Chinese side, and if we are strategic partners, we must somehow, meeting each other in economic terms, resolve our legal claims, possible misunderstandings and possible fears, concerns, etc. In addition to the land "Silk Road", as far as I know, in Malaysia, the Chinese leader also suggested even a "Maritime Silk Road" - this is the route from the Far East through the Arctic Ocean to Europe”, he said.

Avdokushin thinks China is looking for a short road to Europe: “Under the so-called inclusive development that China announced for the next period of time, it is one of the mechanisms, one of the ways to restructure the Chinese economy. I think that the visit of our prime minister, of course, will touch upon these issues, and some moments, elements of these projects will be probed and tested”.

As for the main points that need to be settled in the energy sector, Avdokushin mentioned the supply of crude oil to China through "Skovorodino - Mohe":  “Pumping oil since 2009 there showed that China needed more oil, and now two Russian companies, "Transneft " and " Rosneft", have agreed to expand the pipeline and increase the volume of exports to China in the coming years with the appropriate fees. Certainly there are issues about which we can talk. There are questions not just for talk but for solving some problems - for filling the trade turnover with new content, new quality in terms of not just barter trade but the higher, the more sophisticated level”.

According to the Oil Gas Journal, “Rosneft" and "Transneft" signed an agreement on the conditions of the expansion of the pipeline "Skovorodino - Mohe" in the direction of China and its funding in accordance with a special tariff. The construction of the new pipe is not planned. Instead, pumping volumes will increase by upgrading a pumping station. The costs of "Transneft” for pipeline expansion will be covered by special investment rate. In March, Russia and China signed an intergovernmental agreement on expanding cooperation between the countries in terms of trade in oil. "Rosneft" and CNPC agreed to increase the supply of raw materials from 15 million tons to 31 million tons a year, and the Ministry of Energy of the Russian Federation estimated the cost of the extension of the oil pipeline "Eastern Siberia - Pacific Ocean" (ESPO ) and "Skovorodino - Mohe" in 42,7 billion rubles. Then it was proposed to finance the project through a long-term tariff for transportation of oil from Russian companies during the construction period. The president of transport monopoly Nikolai Tokarev refused to sponsor the construction of the pipe to China. "It's not our problem. Our task is to pay for transport and to ensure that the tariffs are economically justified. The task of "Transneft" is pumping and reaching a normal profit margin", the president of " Rosneft "Igor Sechin said. Due to the "freezing" of tariffs for 2014 "Transneft" has to discuss with regulators the possibility of changing plans for implementation of investment projects and funding sources. Energy Minister Alexander Novak reported that during October the problem of loading the ESPO pipeline caused by a lack of resources will be considered.