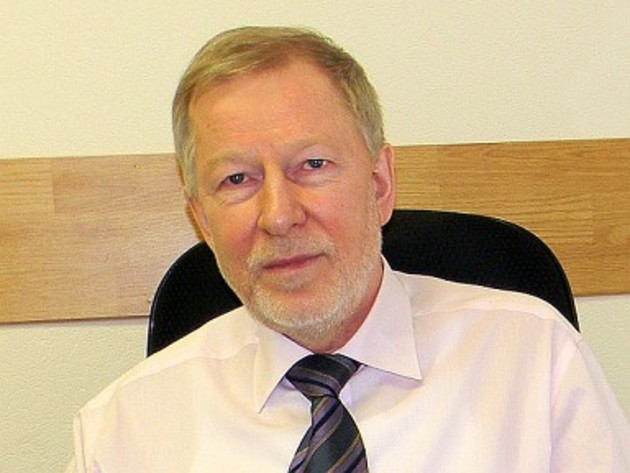 The ongoing Ukrainian crisis is posing a number of threats to Russia in such fields as politics, the economy and the humanitarian sphere. Vestnik Kavkaza discussed the matter with Russian experts Vladimir Yevseyev and Ivan Grachyov.

According to Vladimir Yevseyev, the head of the Caucasus department at the CIS Institute, nobody will allow the Ukrainian army to invade Russia. The main problem for Russia is the growing stream of refugees, the expert stresses.

"The Ukrainian crisis creates serious problems for Russia, but we should not think that the Ukrainian army can invade Russian territory following the separatists. Nobody will allow it. We need to understand that, however the situation in Novorossiya develops, nobody will give Crimea back to Ukraine and there will be no parade in Sevastopol. We need to understand that Russia carries its burden. It receives thousands of refugees every day. And the separatists are defeated, it will continue to receive refugees, probably even more than today," Yevseyev said.

"In the West they are waiting for Russia to get involved in the conflict and defeat the Ukrainian army. Russia has all the possibilities for this and it can do it quickly and efficiently. Another question is that Russia does not want to fight against the Ukrainian people, even if they are ruled by a junta which kills its own people. That is why Russia bravely holds out. It holds out with its last strength and it is ready to receive the refugees who are arriving in Russia trying to save themselves from the junta," the expert added.

According to Yevseyev, the refugee crisis remains the most acute problem. "The main problem of Russia is the refugees, who can arrive on Russian territory not in their thousands but in their hundreds of thousands because of the extremely inefficient government of Petro Poroshenko. Because he is sending the country towards an economic catastrophe. Millions of people can be left not only without jobs, but without food and electricity. And in this situation many Ukrainians will have to flee to Russia. As for the shells, Russia tries to hold itself back not to solve this problem," he said.

Ivan Grachyov, the chairman of the State Duma Committee for Energy, seems more optimistic. The expert believes Russia shouldn't suspend ties with Ukraine. "I’m against breaking any practical contacts with Ukraine: in the sphere of the nuclear industry, in the sphere of our gas exports. In this case Westinghouse fuel will appear there immediately, as well as risks like in Chernobyl. There were three attempts at using it – once in the Czech Republic and twice in Ukraine. And all of them led to disasters. The physical and mechanical parameters and geometry are absolutely different, and there were huge problems," he said.

"We cannot say what losses there actually were. As for gas, we are interested in cooperation. We cannot redirect 80 billion cubic meters of gas before 2018. They will go to Europe through Ukraine. Of course we can reduce them a bit. But in general we are not interested in any conflicts in this sphere. Furthermore, we will be neighbors anyway. Even if the Ukrainian authorities treat us meanly, it cannot cancel the fact that we are geographical neighbors. So, we are interested in a stable situation there without a humanitarian disaster. 500 thousand refugees resettled to us. It is a difficult serious situation. It demands additional efforts and a burden on taxpayers," he said.

"We are not interested in an absence of jobs there and a continuation of the conflict. My point of view is that Russia and Europe should have as many joint projects as possible. As for the Ukrainians, their authorities do not want to agree with Russia, as they perceive the situation unobjectively and inappropriately, probably we need trilateral agreements in the spheres where the interests of Russia and Ukraine coincide. They coincide in the energy sphere, as our systems are complementary. It concerns the trilateral consortium; it concerns nuclear power, as it includes not only fuel export. Kharkov produces turbines for our nuclear power plants; Siemens produces equipment," the expert said.

"There are projects which should be extended. Anyway, a pipeline passes through the territory of Ukraine, notwithstanding whether someone will occupy the western territories or they become independent or anything else. It won’t change the fact that we will have to deal with the Ukrainian government. Neither we nor Europe can escape from transit of 80 billion cubic meters of gas to Europe. Russia’s budget seriously depends on gas. I think sanctions in the energy sphere are not a big deal. But serious problems with transit of these 80 billion cubic meters will be a big deal, because it is a significant part of our budget. So we have to cooperate with everybody who is involved in the chain. I repeat: as it is difficult to work with the Ukrainian government, we should involve Europe in the process. When I begin to discuss sincerely with politicians and MPs who will give money for Ukrainian reconstruction… And I hope that sooner or later there will be reconstruction of Ukrainian regions. Who will give the money? Only Russia and Germany have the resources. The USA won’t invest in it. Yes, they are ready to take away pipelines, but they don’t want to invest serious money. So Europe, which will invest, including Germany, has the right to make certain demands," the expert stresses.
6855 views
Поделиться:
Print: