NATO destabilizes Europe as a whole 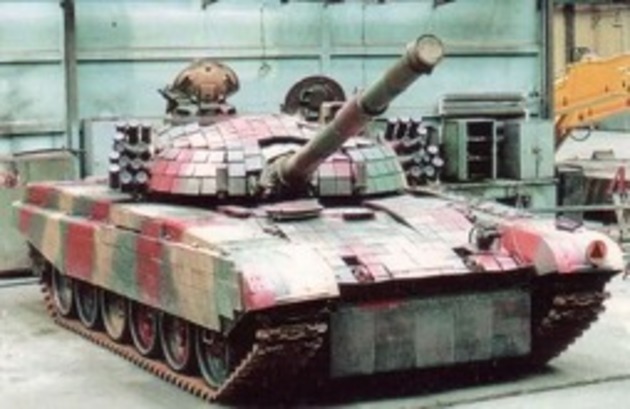 Representatives of the Donetsk and Luhansk People's Republics have repeatedly accused NATO countries of supplying the government of Poroshenko with so-called non-lethal, as well as traditional weapons. The director of the Center for Public Policy Research, the head of the Department of the CIS Institute, Vladimir Yevseyev, talked about the impact of recent steps undertaken by NATO on the balance of power in Europe and about the consequences of this change.
According to experts, Poland is the biggest arms supplier to Ukraine: "The majority of weapons do not come from the United States, but the United States is acting as a sponsor. Currently, there are many Polish armored vehicles at the Izyum station in the Kharkiv region. And the Polish eagles are simply painted over. So, the Polish arms supplies are not some charitable act, they have certain obligations to Ukraine. The Poles are getting rid of Soviet weapons, and the Americans are providing them with modern systems for free in exchange. This is a very good deal for the countries of Eastern and Central Europe." And Poland is not the only country involved in the supply of weapons to Ukraine: "The Czech Republic, which also supplies armored vehicles, also participates in this process."
Yevseyev believes that there are many facts which confirm NATO's involvement in the events in Ukraine, which is manifested not only in the form of arms supplies. For example, some of the attacks are carried out with the help of equipment provided only by NATO. "In addition, there is evidence of the presence of representatives of certain countries, and they are not only mercenaries. There is evidence that some soldiers from NATO countries are also participating in it. I want to remind you that the Verkhovna Rada of Ukraine has adopted a decision to form a Ukrainian-Polish-Lithuanian brigade. That is, despite assurances from the Secretary General of NATO, the alliance is being gradually dragged into the conflict in Ukraine," Yevseyev said.
The expert spoke about the types of weapons being supplied to Ukraine by NATO: "In addition to this, look at what the US is doing. We can talk about the supply of small arms, and it was documented at Donetsk Airport. But there are other supplies that began late last year. Two mobile radar stations to conduct counter-battery fire, unmanned aerial vehicles were delivered. These weapons are, of course, non-lethal, but I'd like to say that if someone is shooting at the other side, it is very important to identify where the shooting is coming from, and in fact this is steering.
Yevseyev said that the amount of money spent by NATO on weapons supplies to Ukraine is very significant: "We are talking about three billion dollars in the last three years, one billion a year. Is it a lot or not? Given Soviet weapons from Europe, it is a lot, especially considering that the United States will not provide such expensive weapons as aircraft, because they require trained pilots. Most probably, we are not talking about tanks either, although they might supply infantry fighting vehicles or APCs."
According to Vladimir Yevseyev, arms supplies will have little impact on the situation in the Donbas region, but will almost certainly have a very negative impact on the situation in Europe as a whole: "In general, we are talking about significant assistance, but I want to stress that there will be no changes in the balance of power, it will be reinforced. Some of the American weapons would end up where they ought to - that is, in Lviv. Now there are already too many weapons in Ukraine. If Europe together with the US continues to pump Ukraine with arms, it is not clear whether these weapons will be directed against Russia. Some of the weapons will begin to circulate around Europe. And it will facilitate not only all sorts of crime, but can also lead to acts of terrorism, which are quite possible."
The expert believes that "the most logical course of events in such a situation would be, firstly, not to increase the supply of arms, because the balance of power has to be maintained in any case. Secondly, I think that with the creation of all sorts of military centers in the Baltic countries, Poland and Romania, the concept of the alliance is changing. If before it was possible to clearly state that the Soviet Union guaranteed it would use nuclear weapons in the event of an attack on one of the countries of the Warsaw Pact or that such an attack could be carried by NATO, something like this will not happen today. I want to assure you that if you there is (hypothetically, once again) a military confrontation between Russia and NATO, there will be no nuclear war. I can prove that. In such circumstances, no one will exchange, for example, Los Angeles for Bucharest. This is nonsense. The US will not defend every state under attack."