The US shouldn't underestimate the role of Iran in the region 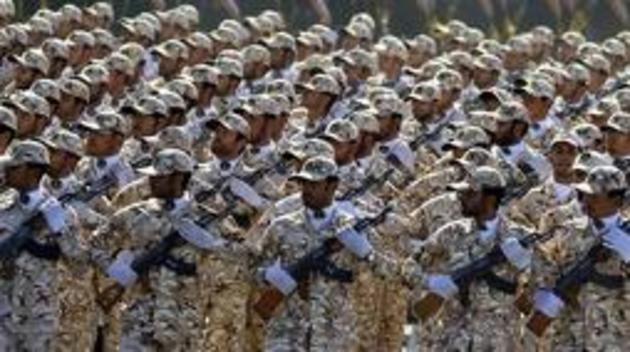 Barack Obama has announced an extension of the sanctions against Iran for another year. In a message to Congress, president explained that the continuation of the sanctions is due to the policy of the Iranian leadership, which "still extremely seriously threatens the national security of the United States." Sanctions against Tehran were introduced 20 years ago during the presidency of Bill Clinton, and have been extended since. At the same time, according to unconfirmed reports, the members of the UN Security Council have begun consultations on a possible lifting of sanctions against Iran, in the case an agreement on its nuclear program is reached. The idea of such a consultation arises from the internal political intrigue in the United States, where a group of 47 Republican senators sent a letter to the Iranian authorities, in which, in particular, they expressed doubts that the agreement on the Iran nuclear issue with the current US administration will continue after the election of a new president.

Meanwhile, as the head of the Caucasus department of the Institute of CIS Countries, Vladimir Yevseyev believes, "The United States and Iran have to coordinate their efforts. However, their partnership is unwilling, because the US does not want to send its troops into Syria and Iraq to fight Islamic State. You have to understand who you will fight ... In these circumstances, the US cannot underestimate the role of Iran, especially in Iraq. The situation is similar in Syria, where, in fact, without Iran it is impossible to resolve this situation."

According to Yevseyev, the US is interested in the support of Iran in connection with the situation in Afghanistan, where Washington went to offset the timing of the withdrawal: "For the United States, the support of the Hazaras, Tajiks and other ethnic minorities in Afghanistan is very important, to keep the power of the government loyal to them."

Tehran is aware that Washington needs this. "Recently, military exercises were held in the Persian Gulf, the model of a US aircraft carrier was made, and in the course of the exercises it was sunk. This was done in front of the Americans and, of course, caused some bewilderment. They rightly noted that if a carrier were to enter the Persian Gulf, it would be as a combat outpost. In this case, it would not sink that simply, but they see the holding of these kinds of exercises as provocative," Yevseyev said.

At the same time, President Barack Obama and President Hassan Rouhani are interested in the signing of an agreement on the Iranian nuclear issue, but both are under strong pressure within their own countries. "If we talk about the United States, then we should first talk about the confrontation between the US Congress and President Barack Obama. The Republicans went to a very unusual step, which was judged to be on the part of the American elite - it is an open letter from 47 senators addressed to Iran, where it was announced that everything that will be signed with the Obama administration could be reviewed under a new administration. This letter is not addressed to anyone, and for Iranians it is kind of offensive, a sign of disrespect. In any case, this kind of application has the possibility of consideration in the Senate of a bill to limit the rights of the President to sign any agreements with Iran in the nuclear sphere - this activity weakens the desire of Barack Obama to follow through."

Indeed, the US senators' letter was responded harshly to in Tehran. "Every time we get closer to the date of a final agreement, the other party, in particular the United States, uses a rougher and more aggressive tone. It's part of their deception," said Iran's supreme leader, Ayatollah Ali Khamenei.

It is expected that the next round of negotiations between Iran and the "Six" international mediators will begin next week in Lausanne, Switzerland. There, on March 15, Iranian Foreign Minister Javad Zarif will meet with US Secretary of State John Kerry, and then go to Brussels to a meeting with the head of European diplomacy Federica Mogherini and European counterparts - the foreign ministers of Britain, Germany and France ... The final comprehensive agreement resolving the Iranian nuclear issue should be ready by June 30, and coordination of the policy part of it is planned before the end of March.