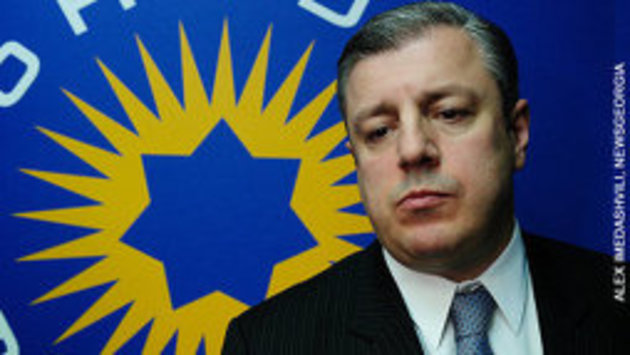 In Tbilisi is continuing an intense discussion of the causes and consequences of the economic crisis gripping the country following the sharp devaluation of the national currency by 35%. The discussion has developed into mutual accusations of the authorities and the opposition. Associates of ex-president Mikheil Saakashvili stated that the cause of all the ills is "the pro-Russian policy of the government of the Russian oligarch Bidzin Ivanishvili."

Getting tired of excuses and swearing allegiance to the course of 'European and Euro-Atlantic integration', government officials have increasingly hinted in recent years that if it were not for the normalization of relations with Russia and the resumption of exports of traditional Georgian products (wine, mineral water and agricultural products) to Russian markets, the devaluation of the lari would be even bigger, as the country could be short of the 180 million dollars that was earned from exports to Russia.

No one hides that one of the main reasons for the weakening of the lari was the devaluation of the Russian ruble, as the Georgian national currency was much more dependent on the health of the ruble than on that of the dollar or the euro. But how to get out of this situation? The anti-crisis program of the government was discussed at a meeting of specialized committees of Parliament for a few hours. Economy Minister Giorgi Kvirikashvili and Minister of Finance Nodar Khaduri told deputies and the public that they hope for the resumption of "big privatization", attracting large investments and tourism development. And in all three directions the "Russian trace" is viewed, which was repeatedly warned about by the vigilant opposition. The state has decided to sell some government residences (except the Krtsanisi residence, in the courtyard of  which Eduard Shevardnadze is buried, according to the prudent decision of his children), the Batumi skyscraper, a significant share of Georgian Railways, the national lottery license and so on. The opposition suspects that, in most cases, the buyers may be a private or state-owned Russian company, in particular, Gazprom and Russian Railways.

Giorgi Kvirikashvili emphasized that the Georgian government will not place any restrictions, on Russian airlines which operate regular flights to Tbilisi, for example, despite the demands of the Georgian airline Ayrzena. It will be satisfied with government subsidies, and Aeroflot and other Russian avia-giants will be allowed to fly to other Georgian cities with unlimited frequency, because the more flights from Russia, the more Russian tourists, which means an additional flow of currency to the impoverished financial market of Georgia.

The Economy Minister also pointedly hinted about negotiations with China on the construction on the Black Sea coast, near the Georgian village of Anaklia, a new deep-water port with a capacity of 100 million tons per year. This is in the scope of Houston, Antwerp, Hong Kong and other major ports in the world. The volume of investments for the next few years should reach $5 billion - more than the annual budget of the country.

Many people thought that, by talking details about China's interest in the project, Kvirikashvili was hinting to Moscow that Tbilisi is ready to consider Russia's participatiin in the construction of the largest port on the Black Sea.

The permanent representative of the prime minister of Georgia on settling relations with Russia, Zurab Abashidze, has unequivocally declared that the termination of negotiations with Russian deputy foreign minister Grigory Karasin cannot be "even spoken of." Apparently, despite the violent opposition protests which are threatening a nationwide protest on March 21, Tbilisi continues to search for a point of intersection of interests with its northern neighbor, because as recent events have shown, the Georgian economy is much more dependent on Russia and other CIS countries than the European Union. Trade with the EU slightly declined immediately after the signing of the Euro-association agreement, including the Treaty on a deep and comprehensive free trade area.