How refugees live in the NCFD 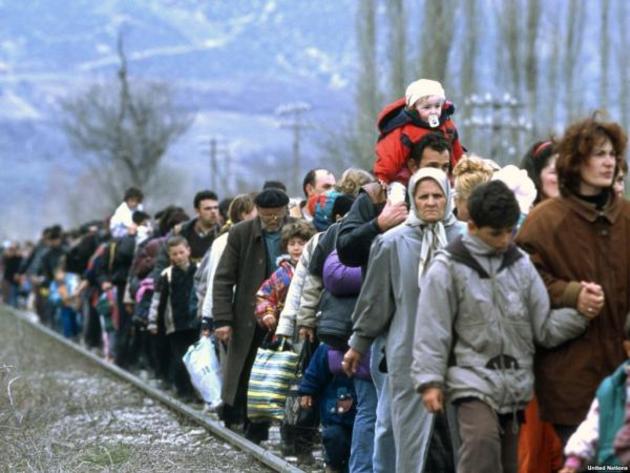 Almost one thousand Ukrainian refugees are living in temporary accommodation facilities in the North Caucasus. In July the government defined a quota for settlement of refugees in temporary accommodation facilities for each territory. In the NCFD the authorities should welcome no fewer than 6.7 thousand people, in the SFD – 9.3 thousand. Seven regions of the country don’t have to settle refugees, including Chechnya. However, according to FMS statistics, more than 300 people, including 43 children, came to the republic.

The government increased the quota of foreigners for part-time residence: for the North Caucasus republics it will be 4.6 thousand permissions by the end of the year; for Stavropol – 2100. The biggest number of refugees was registered in Stavropol.

Since the beginning of the year almost 13 thousand Ukrainian citizens have arrived in Stavropol Territory; one in three of them is a child. More than 600 people applied for part-time residence in Russia; about 300 people want to become citizens of Russia; about 550 people want to get job licenses. 1100 people applied for temporary asylum in Russia: they are ready to gi back home when the war stops. At the moment the majority of Ukrainian refugees in Stavropol Territory live with ordinary families. Of course, it is not for free. Stavropol governor Vladimir Vladimirov ordered that Stavropol residents who have welcomed Ukrainians be given 100 rubles daily. However, there is still a temporary accommodation facility in Stavropol Territory. It is situated in the village of Svistukha in the Kochubeyevsky Region at a center for social adaptation. Eight elderly Ukrainian people are living there.

In all republics of the North Caucasus (except for Chechnya) temporary accommodation facilities continue to operate. There are 15 of them, and 6 of them are situated in North Ossetia: a resort complex near Vladikavkaz, a hotel in Mozdok, a dormitory in Beslan, and so on.

More than 230 Ukrainian refugees live in Kabardino-Balkaria where four facilities are situated, all of them in resort centers of Nalchik. About 200 people live in two temporary facilities of Dagestan – a resort center in Makhachkala and in the village of Manaskent. There are about 70 refugees in Ingushetia. They live in the Nazran Hotel and farms in the Nazran Region. The number of residents is changing day by day; but in general about 1000 people live in five republics, there are many children, pensioners and disabled people. Ordinary families come to the North Caucasus. All children of school age went to school on September 1st; as for under-fives, the situation is difficult as there is a lack of places in kindergartens even for local residents. To equip children from poor families for school, sponsors, diasporas and ordinary citizens gathered money for stationary and school uniforms.

When the cold season came, the problems became more acute. It is too expensive to heat many hotel rooms for free. It is not clear how the problem can be solved. However, it has been discussed recently at a session of the cabinet of the plenipotentiary envoy in the NCFD, Sergey Melikov. People who have trusted their lives to Russia couldn’t be made homeless.
6185 views
Поделиться:
Print: