Alexander Safonov: "If we don't begin to develop our own production, we will remain the most vulnerable economy" 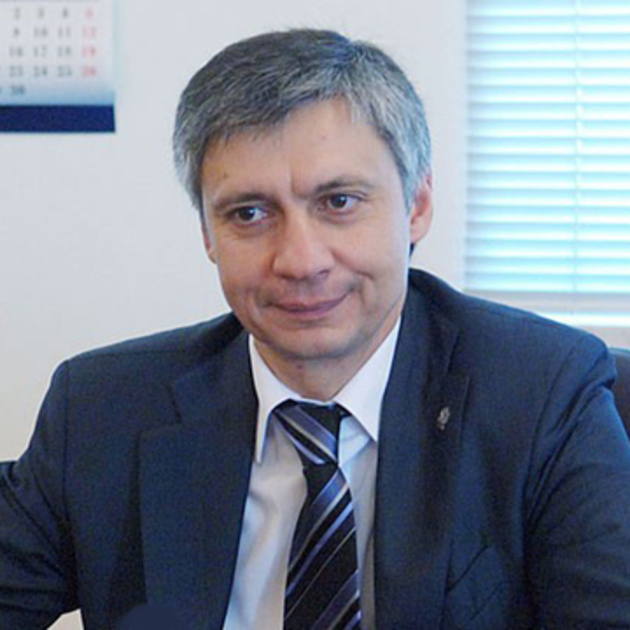 May 11 in Russia ends a period of severe restrictions and non-working days. The vice-rector of the Academy of Labor and Social Relations Alexander Safonov spoke about the socio-economic results of this period, which began on March 30, to the Vestnik Kavkaza.

- According to your assessment, in what state is the Russian economy and the labor market "going to work" on May 12 - to the extent that it is allowed?

- The labor market suffered a serious shock, and this applies to all sectors without exception. This is due, inter alia, to the breakdown of traditional chains between suppliers to both the external and domestic markets. The economy and the labor market experienced shocks due to the fact that as a result of the forced disability of a significant number of the population, people's current incomes sharply fell.

The latest study, commissioned by the Central Bank, suggests that if in April people somehow lived on their savings, then by May there are less and less of them. In April and May, a decrease was recorded in consumption, including food industry products. People are switching to a savings model of consumption. This is the second shock that the economy is experiencing.

In this context, registered unemployment began to increase sharply. For a month with a small number of unemployed increased by 700 thousand. According to the Minister of Labor, the total number of unemployed jumped by half a million people. These people lost any income. Now they can only rely on a benefit of 12 123 rubles and three thousand for each minor child. God knows what means, but since people cling to them, it means that for half a million people, this is a critical figure.

There is an accumulation of non-payments for housing and communal services. Already there is information that non-payments from enterprises and the population have grown by almost a trillion. The amount is also very serious. Up to 60% of borrowers cannot pay off debts. The labor market and economy will feel all these consequences a little later, when isolation is over, and the situation will stretch for a rather long period of time.

Based on this, it is clear that the labor market will not just stagnate, but will begin to decline sharply. Two scenarios are possible here: optimistic and pessimistic. In an optimistic scenario, we will see an increase in open unemployment of about 1.5 million people to 5.5 million in the economy as a whole. Under a pessimistic scenario, unemployment will reach 7 million people.

It is unlikely that it will be possible to massively replace foreign workers with Russian workers, since all companies will begin to save on wages. And in this case, migrants are preferable for employers due to the fact that they are less inclined to demand full compliance with labor laws. Of course, there will be a redistribution, but 100% of migrants cannot be replaced by Russian workers. This is impossible in principle - we have never seen this in the entire history of economic crises affecting the labor market.

The second phenomenon that we will see in the labor market is the massive optimization of wage costs. But the budget sector remains an island of stability. At least, it is unlikely that revenue will sink down to 30% of the payroll. It will be possible to speak, rather, about 5-10%.

- That is, the budget sectors will come out of the crisis with the least losses?

- Of course. Plus industries that are associated with the production of masks, medical equipment, as well as organizations that have been busy all this time with the construction of additional facilities for epidemiological centers.

But the rest of the economy is squandering. There are two ratings. The estimate that Western economists give our economy is up to a 5% drop in GDP this year. Chairman of the Accounts Chamber Alexei Kudrin gave a forecast of up to 8% drop in GDP. We’ll probably be somewhere in between. Both the economy and the labor market are drawn into a fairly long period of recession and crisis. God forbid, if we stabilize the development of the economy by the end of the year. It will be possible to gradually reach the rates of recovery growth closer to 2021.

However, the labor market is in a more difficult situation. His first problem is open unemployment, the second is a decrease in wages. Moreover, if the restoration of employment will move at a faster pace, then the restoration of the wage fund will stretch for at least the next year. At best, we will reach the values ​​of the beginning of 2020 only in 2022.

- How do you assess the measures that have been applied by the state to support business and employment?

- These measures are currently insufficient in terms of maintaining the consumer demand of the country and the population. At the last meeting of the president, it was clear that he was unhappy that the number of small businesses that had asked for help and received this help was estimated at only a few tens of thousands. This is actually about hundreds of thousands of small enterprises that have suffered and will experience this pressure until the final removal of quarantine measures. Let's hope that after all the technical points have been worked out, we will see acceleration.

- What other support could the state provide to entrepreneurs?

- In order not to create additional crises in the economy, it would be desirable for the emphasis to be placed on the prevention of non-payment by the supply chain in those sectors that are still working. For example, housing and communal services. It is clear that there will now be delays in payments for electricity, heat, water and everything else. It is clear that housing and communal services structures themselves are customers in relation to metallurgists - this is the supply of pipes, components, fittings and more. These are orders for the industry, which manufactures electrical equipment, pumps, thermal electrical substations. Housing and utilities should be prepared for the next season, so that the industry could work in the same mode, it would be advisable for the state to take over the repayment of payments to the insolvent part of the population. I think we need to help people who have lost their jobs.

In addition, it is necessary to increase support for low-income families. Yesterday it was said that there will be additional support for people with incomes below the subsistence level in the form of payments to children of three to five thousand. But this is clearly not enough - you need to operate with completely different numbers. If we are talking, for example, about a family of four — mom, dad, two children — then the amount of income they should receive from the state should be equal to four living wages (two living wages for children and two living wages for adults). Therefore, social support measures should be reviewed and implemented once again.

At the same time, it is necessary to move from providing loans to a business that has suffered from the restrictions associated with the pandemic, to providing free subsidies for wages. This is a more correct approach. Without understanding the economic perspective, businessmen are not ready to take any loans, and this leads to wage arrears and income debts.

- What lessons did Russia - authorities, business, people - learn from this global force majeure?

- For the population, a savings model will become a priority for at least the next two years. People will try to spend less on current consumption. This is very bad. Because in this case we will reproduce the economic model of development in Japan, when deflation is faced with a model of economy on consumption. This provokes stagnation.

If we do not begin to develop our own production, creating conditions for the development of the economy within the country in order to prevent the breakdown in economic relations that inevitably arises as a result of force majeure, then we will continue to be the most vulnerable economy. In this case, we will not be able to solve the problem of increasing incomes of the population, to differentiate the economy and get off the oil needle, overcoming dependence on the world market. Therefore, we need to more fully realize the experience that was in the USSR, and which China is actively implementing now. This is an orientation, first of all, to your consumer demand, to your population. Thus, we could systematically solve all the remaining problems related to demography, health care, and education.

Vaccine could be up to 32 times less effective against Omicron