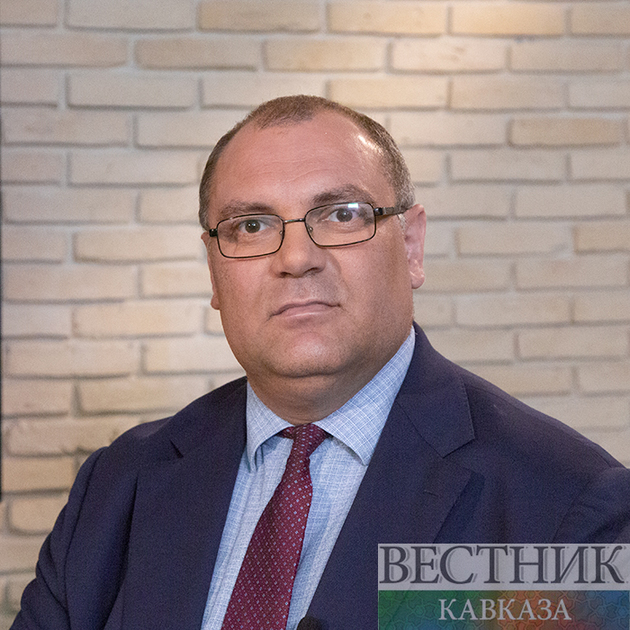 In the program "Kings and Pawns" Associate Professor of the Department of International Security, Faculty of World Politics, Moscow State University named after M.V. Lomonosov, Doctor of Political Sciences Alexey Fenenko explained why Nikol Pashinyan is dissatisfied with Lavrov's statements and what plans the European Union has regarding the South Caucasus.

- Aleksey Valeryevich, recently Armenian Prime Minister Nikol Pashinyan called the statement of Russian Foreign Minister Sergey Lavrov "strange". Lavrov said that the OSCE Minsk Group had ceased its activities. How can you evaluate Pashinyan's words, and is he right that MG is "alive"?

- In order to assess his words, it is worth recalling that Nikol Pashinyan is an openly anti-Russian politician who came to power in an unconstitutional way with the United States and France's support. The question arises, under what circumstances could the West support the coming to power of an anti-Russian politician in Armenia? The answer will become clear if you look at what Pashinyan did during these years. Already in 2018, under a fictitious pretext, he blocked the CSTO work, immediately announced the European choice of Armenia, noting that "Russia is a situational partner", bring into force an association agreement between Armenia and the EU and began to push the Russian media out of the country.

Now the West has decided to use the Russian special operation in Ukraine as a "window of opportunity" to push Russia out of the South Caucasus, while Moscow's attention to the region is weakened. The West needs to hurry before Russia completes the special operation, so it actively stirs up revanchism in the Armenian society, moreover, on the basis of NATO, and not the CSTO. The West is striving to have American and French peacekeepers instead of Russian peacekeepers in Karabakh. And completely exotic ideas are thrown into the Armenian media, for example, that the United States needs Armenia as a base against Iran or "let's give a base to France, since it supported us so actively".

- What incentive does Pashinyan have to support the strengthening of France and the United States in the region?

- He's working on the order. He understands that if he stops doing this, the West will find a replacement for him from those who have grants from Soros and the European Commission. It is always possible to find a replacement for Pashinyan and raise protests against him on a wave of revanchism. That is why he clings to the West.

- Leaving aside Pashinyan's personal motives, do you think that the return of France and the United States as mediators in the Armenian-Azerbaijani negotiations is realistic?

- The OSCE Minsk Group has been dead since 2008, when it formulated its last document - the Madrid Principles. Since then, there has not been a single serious initiative, although negotiations were held between the presidents of Russia, Azerbaijan and Armenia, the "Zurich protocols" were proposed and attempts were made by American diplomats in 2018. For 14 years, we have not seen a single recommendatory document. Pashinyan is trying to drag out negotiations and constantly puts forward unrealistic ideas. He hopes that during this time he will receive weapons from the United States and France, launch a new program with NATO and be able to take revenge for Karabakh.

- What is Lavrov's motive when he speaks about the OSCE Minsk Group work termination? Is it only in efficiency or in the lack of incentives to interact with the United States and France in the new conditions?

- If they take an openly hostile anti-Russian position, why should Russia meet them halfway and, to the detriment of good relations with Azerbaijan and Turkey, maintain relations with those who supply weapons to Ukraine? Especially given that the West wants to change the power in Yerevan to an even more anti-Russian one, it makes no sense.

- Europe is not united. Spain and Portugal do not care what happens in the South Caucasus, while France stands for speeding up the process. When we talk about Europe's Caucasian policy, it is France that must be kept in mind. It is the country which uses the distraction of Russia's attention in Ukraine to become more active in the South Caucasus. The West needs to strike at the CSTO.

- Does Russia benefit from the talks in Brussels if they lead to progress between Armenia and Azerbaijan?

- These negotiations are hopeless. Any negotiations are valuable if documents are signed as a result of them. Nothing new has been invented since the signing of the tripartite memorandum in November 2020. And Pashinyan does not want to fulfill the Moscow memorandum's conditions.

- Internal political processes are still raging in Armenia. The opposition from the Resistance movement holds protests near the EU office and asks for an assessment of Pashinyan's judicial reform. Does the EU have an incentive to change the government in Armenia?

- Pay attention to the similarity with Georgia at the beginning of the 21st century. There was pro-Western Shevardnadze, who spoke about rapprochement with NATO. One might think what else do you need? But the opposition opposed him for the greater European choice. In Armenia, one can also ask, do you need a much more pro-Western person than Pashinyan? It turns out that they are still looking for such a person and trying to expand the influence of the EU on Armenia's internal politics. Whether we like it or not, this is an indirect displacement of Russia. An alternative to Pashinyan can come to power if the CSTO is ousted and the EAEU is hit. In its "color revolutions" the West invented a new formula - a mixture of Western choice ideas and wild nationalism.

- Has Russia's special operation in Ukraine affected the Armenian-Azerbaijani settlement?

- We have been observing stagnation since the summer of 2021. There were hopes that Pashinyan would retain power and implement the signed agreements. But, when he came to power, he began to slow down the process in every possible way. Perhaps there is pressure from the West, or he is afraid of his radicals. Thirdly, he understands that there is no feeling of defeat in society. Pashinyan is playing for time, trying to involve the Minsk Group only in order to get weapons from NATO countries. Europe will play on Armenian revanchism more, and in the short term support Pashinyan so that he leaves the CSTO. As soon as he does it, the EU and NATO will happily leave him. No one will go to war with Azerbaijan for Armenia. The main thing is that there should be chaos in the South Caucasus and that it should be possible to inflict an image strike on the CSTO. Then NATO will appear in Armenia.