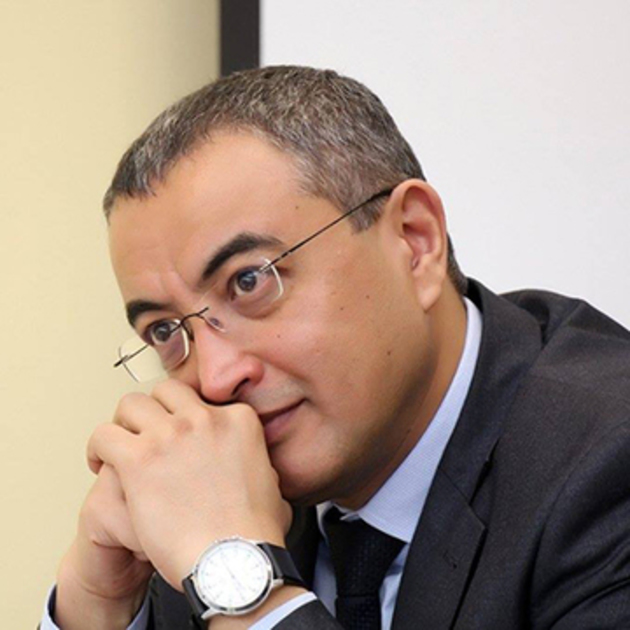 The first container train arrives from Gansu, China, to Andijan, Uzbekistan, via the China-Kyrgyzstan-Uzbekistan multimodal transport corridor using road transport in the Kashgar-Irkeshtam-Osh-Andijan section. The reason for this combination is that Bishkek blocks the construction of the railway, so the containers will be loaded onto vehicles. The director of the Ma'no Research Initiative Center, Bakhtiyor Ergashev, told Vestnik Kakvkaza about why the railway in Kyrgyzstan has not yet been built and how negotiations are going.

- Bakhtier Ismailovich, you and I have already discussed the first stage of the multimodal corridor project China-Kyrgyzstan-Uzbekistan. And now the first train has already left China, but it turns out that there is no railway in the middle section of the corridor, what, in your opinion, is the reason?

- The idea of ​​building a multimodal corridor was initiated by Uzbekistan back in 1996. Then, in the late 1990s, the first feasibility study (TEO) for this project was prepared. But due to certain circumstances at that stage, the project was not implemented. Over the past time, there have been several iterations of this project. Negotiations were resumed, new working groups of experts were created, and feasibility studies were being prepared. The last time the need for the construction of the railway was announced at the talks between President of Uzbekistan Shavkat Mirziyoyev and Chinese leader Xi Jinping in 2017. We started from scratch and a lot has already been done. In 2018, the Kashgar-Osh-Andijan highway was launched as part of this trunk corridor. Today, cargo is already flowing along it in a steady stream, albeit not a big one. The main thing is that it is a real automobile corridor. But serious freight flows from China can be expected when the railway part of this corridor is launched.

It is no coincidence that last year the construction of a large logistics center, Andijan, was started, which is intended for transshipment of goods from China through Kyrgyzstan to Uzbekistan and further to the port of Turkmenbashi in the Caspian, then to the Baku port. The South Caucasian corridor is already beginning there, through which goods will go to Iran, the Middle East, Turkey and Southern Europe.

- The China-Kyrgyzstan-Uzbekistan corridor is 295 km shorter than the alternative routes through the border points of Khorgos and Dostyk (Kazakhstan), which allows to reduce the time of cargo delivery, as well as to make the new route attractive and competitive for participants in international trade. Could this be a reason for a dispute between Uzbekistan and Kazakhstan?

- This multimodal corridor will in no way become a competitor to the Kazakhstan direction. Here the issues are purely economic - cost and logistics. Firstly, the cargo that goes to the east coast will never go along the China-Kyrgyzstan-Uzbekistan corridor. Therefore, 85-90% of the cargo both went and will go to Khorgos. This corridor will take on only 10-15% of the cargo flow, which is directed along the land route and is intended for the countries of the Middle East and Southern Europe. It is more profitable to ship these 15% of cargo through Uzbekistan and Turkmenistan through Baku and the South Caucasus corridor to Turkey, Iran, the Middle East and Southern Europe, rather than making a hook via Khorgos, the Caspian port of Kuryk and then to the port of Turkmenbashi. If the Kashgar-Osh-Andijan railway is built, then logistics wins and the time for delivery of goods is reduced. Therefore, to say that Kazakhstan or Russia will lose large volumes of transit traffic incorrectly is not true. Cargo will continue to go along the northern route through Khorgos - Kazakhstan-Russia and further to Europe, and this option for those countries located to the south is the Middle East, Iran, Turkey, Southern Europe.

- Why is the construction of a railway on the territory of Kyrgyzstan being hindered?

- One of the main problem points of all these 24 years was the position of Bishkek, which insisted that the railway should go only along the route that it offers. That is, the railway should cover the largest possible part of the republics of the north and south in order to “ring” them with the railway, thereby solving the problem of the country's transport connectivity. The road should pass through Torugart on the border with China, At-Bashinsky, Ak-Talinsky, Toguz-Torousky and Suzaksky districts. The length of the branch will be 380 km. Beijing proposed its own route route - Torugart, Arpa, Uzgen and Kara-Suu regions, totaling 268 km, including 95 bridges and 48 tunnels with a total length of about 50 km.

There is another, the so-called middle route, which is shorter than the north, but longer than the south. It is offered by Uzbekistan. The fact is that almost double the length of the road, which is assumed along the northernmost route, leads to a rise in the cost of construction and the timing of its implementation. And this has always become a stumbling block in the negotiations on the implementation of this project.

- Today negotiations are being held, what is discussed?

- Regular meetings of experts from China, Uzbekistan and Kyrgyzstan are held on a bilateral and trilateral basis, both in Tashkent and Beijing. There is agreement in principle that the project will be implemented along the "middle route". A major breakthrough in the project was the participation of Russia. Moscow, which has always been very careful in evaluating this railway, has become one of the consortium members and is even ready to finance the preparation of a feasibility study for this project. Now, not three countries, but four will cooperate in the construction of a railway corridor from Kashgar, through Osh to Andijan.

But financing issues remained unresolved. Bishkek has no money. He does not want to take credit from China. The Kyrgyz side proposed to build not by attracting credit from the government, but according to a public-private partnership. The party that will attract investments will receive the right to operate the road, and after reimbursing the costs, the branch will be transferred to Kyrgyzstan using the profit received from the use of the "iron". Another option - China and Uzbekistan are ready to contribute part of its money for Kyrgyzstan. The return on investment will be through those revenues that come from the operation of the road. But here Bishkek objects. Although after Russia's accession to the consortium, the position of Kyrgyzstan will be smoothed out.

The benefits to Bishkek from the construction of the railway are obvious. This is not only transit revenue from each ton of passing cargo, but also the opportunity to build infrastructure along the road, create new jobs, and also get development for small and medium-sized industries. The railway has a multiplicative (multiplicative) character. The railway is dozens, hundreds of years of stable income. Where the railway passes, life begins. Therefore, Tashkent is convinced that the road will be built.