Claudia Chia: China waits for the international community to confer diplomatic recognition to the Taliban* 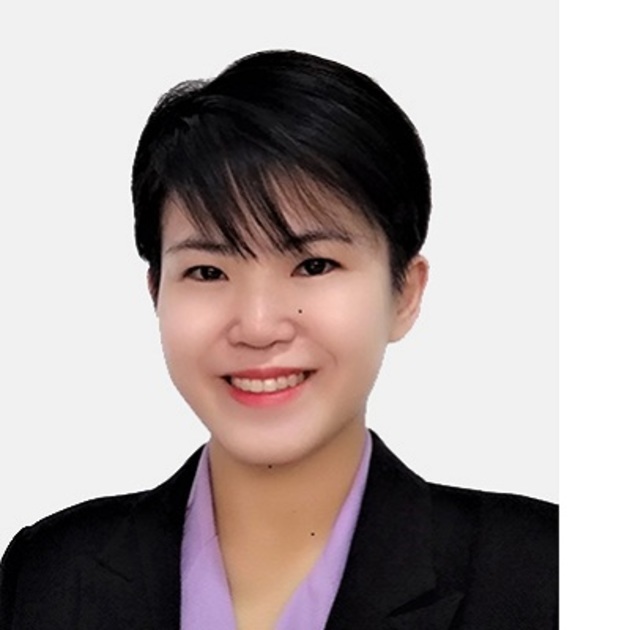 When the Taliban* took control of the capital of Afghanistan this summer, the PRC's foreign ministry announced that Beijing was ready to cooperate with Afghanistan and intended to play a constructive role in rebuilding the war-torn country. Claudia Chia, a research analyst with the Institute of South Asia Studies at the National University of Singapore, told The Diplomat about Chinese interests in Afghanistan.

Explain China’s involvement in Afghanistan since the withdrawal of U.S. forces.

Following the Taliban takeover, China was the first foreign country to pledge emergency humanitarian aid (worth 200 million yuan) to Afghanistan. The Taliban, who were facing a humanitarian catastrophe and economic meltdown, welcomed Beijing’s prompt delivery of food and medical supplies. Additionally, China recently funded a construction project in the Ministry of Justice compound, and there are reports suggesting that Chinese firms have visited Afghanistan to explore mining opportunities. China has maintained direct communication with the Taliban administration, and both sides have met on several occasions, bilaterally and internationally, to discuss plans for Afghanistan reconstruction. Beijing has also been active in various international, multilateral, and bilateral talks on Afghan issues with regional governments and international powers. The Taliban regard Beijing as an important partner with economic prowess, and Beijing has proven itself to be a reliable partner with its sustained assistance.

In what ways is China assisting the Taliban government and what are Beijing’s strategic interests in Afghanistan, if any?

At the moment, providing humanitarian aid and donation of COVID-19 vaccines are China’s main assistance to the Taliban. On the diplomatic front, China has made efforts to rally international support and aid for rebuilding Afghanistan, particularly by calling the international community to lift sanctions and unfreeze Afghan foreign assets. Correspondingly, Beijing and other regional states have come together to urge the Western powers to engage the Taliban and to provide assistance to the country. There are two aspects to Beijing’s interest in Afghanistan:

The first one is securing security in its western frontiers and securing security for its Belt and Road projects in Central Asia and Pakistan. Beijing sees “three evils” – terrorism, separatism, and religious fundamentalism – as threats to its national security and has openly urged the Taliban to make a clean break with other terrorist groups, particularly the East Turkestan Islamic Movement and Islamic State (banned in Russia). China also wants the Taliban to fight off these forces to prevent cross-border terrorism and spread of radicalism into Xinjiang.

The second one is that China needs a favorable security paradigm in the region to protect its economic interests. Since 2013, China has made substantial investments in Central Asia and Pakistan via the China-Central Asia-West Asia and China-Pakistan Economic Corridor. These investments around Afghanistan have drastically increased Beijing’s vulnerability to conflict in the region. There exist worries in Beijing of militants launching attacks on Chinese personnel and projects. A stable Afghanistan would reduce security threats, improve investment climate, and assist China to advance its economic goals.

China has expressed interest in Afghanistan’s mining sector since the 2000s, but past initiatives were fraught with difficulties. The Mes Aynak copper mine, which was leased to the China Metallurgical group for 30 years in 2008, is one well-known example. The project has been stalled due to security troubles and concerns surrounding preservation of ancient Buddhist ruins in the area. The progress of the project remains uncertain today. The untapped resources in Afghanistan are attractive to China, which faces growing domestic demands for energy and primary commodities. However, Beijing is aware that mining ventures into Afghanistan would be a long shot, requiring many pieces to be put in place first, such as security guarantees and proper infrastructure.

While the Taliban recently stated that they will ensure the security of Chinese investors, the security threat remains high as there are other militant rivalries and activities on the ground that threaten China’s interests. As in early October, the Islamic State Khorasan (the organisation is banned in Russia) linked their suicide bomb attack on a mosque in Kunduz, Afghanistan, as retaliation for the Taliban’s close cooperation with Beijing, which the ISK regarded as mistreating the Uyghurs. Until security and safety for Chinese projects and personnel can be guaranteed, Chinese firms are unlikely to rush into business in Afghanistan.

What incentives can the Taliban offer to secure Chinese investment?

Firstly, the Taliban would need to demonstrate that they have abolished ties with other terrorist organizations. Another incentive is to cut down on drug trafficking. This may prove to be a tough ordeal given the Taliban’s reliance on drug revenue for its operations.

The Taliban can adopt Pakistan’s example of deploying special security forces to safeguard Chinese ventures and personnel. Another option is for Chinese companies to hire security from Chinese private security companies, who already have a presence in the region. If these private security companies enter Afghanistan, it will be interesting to contemplate their potential affiliations to the Chinese government and whether their presence would symbolize, to some extent, a kind of military involvement by Beijing.

We have to be realistic about how much Beijing is willing to invest. Before the COVID-19 pandemic, China’s overseas financing and BRI activities had begun to slow down. Furthermore, when we look at China’s previous successful projects in Afghanistan, we see that they were mostly smaller scale, lower risk infrastructure projects like housing and laying of fiber optic line. Larger and longer-term projects often failed due to the precarious security situation, which eroded investors’ confidence.

Assess the geostrategic implications of China’s presence in Afghanistan and potential impact on U.S. interests in the region.

China is still waiting for the international community to confer diplomatic recognition to the Taliban, and its next move will likely be determined by international responses. It’s clear that China does not want to shoulder the burden of rebuilding Afghanistan alone. In the short term, Beijing will continue to provide humanitarian aid, participate in low-risk projects, and maintain cordial relations with the Taliban.

In the long run, if security stabilizes, the expansion of China’s presence in Afghanistan through commercial ventures would embolden Beijing in asserting its economic interests more openly. On the regional power play dynamics, it would be interesting to contemplate if China sees Central Asia and Afghanistan as “tributary” states for natural resource extraction, or does it see these countries as working partners to build a bloc against the Western powers?

Another development to look out for is the Afghanistan-China-Pakistan axis. Beijing has previously played a positive role in helping to bridge differences between Kabul and Islamabad while Pakistan has helped to facilitate Russian and Chinese contacts with the Taliban. There is likely to be deeper strategic cooperation between China, Pakistan, Afghanistan, Russia, and Iran, on counterterrorism efforts and crackdown on illegal drug trade.

As the U.S. has shifted its attention to the Indo-Pacific, American presence in the region is likely to dwindle further, and its influence remains palpable only through cooperation with regional states to stabilize Afghanistan.

Despite differences in China-U.S. relations, both parties do not want Afghanistan to become a “hotbed” for terrorism and violence. The COVID-19 pandemic has limited the spread of terrorism and violence as countries tightened their borders, but when borders open up in the post-pandemic era, new security challenges and militant activities may spread. Thus, the common objective for a stable Afghanistan would likely pull U.S. and China together to collaborate on reconstruction, counter-terrorism and regional security.

*The Taliban is a movement banned in Russia

Iran-China partnership: meaning for the region

Greater Central Asia to be entangled by railway octopus