Gulnara Mamedzade: "The processes of Caspian integration will increase now" 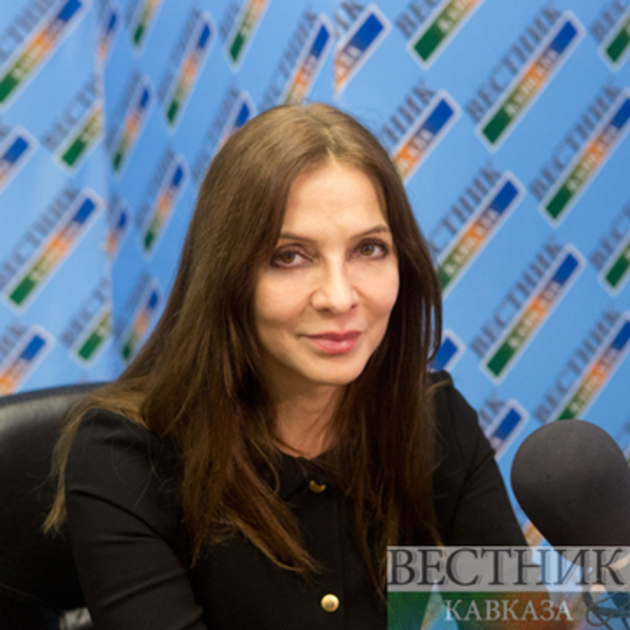 Today, Astrakhan is hosting an international round table "Caspian Business Dialogue. Towards the Caspian Economic Forum", dedicated to the VI Caspian Summit in Ashgabat. The event is organized by the Astrakhan Center for International Studies "Caspian-Eurasia" together with the political science center "North-South" (Moscow) and the Astrakhan State Technical University.

- What is the importance of strengthening expert contacts between the Caspian countries today?

- This is an important component in a multi-level process, built in all directions. Now, when a lot of meanings are broadcast in the information field, sometimes very contradictory, sometimes not corresponding to reality, it is important that a common approach should be developed in specialized circles, at the expert level, in the context of the Caspian process. Expert opinion is necessary for understanding the ongoing processes and for broadcasting them to the societies of our countries. Caspian integration is becoming increasingly important in the new realities, and here the assessment of experts who have trust of their societies is important, because they work at the level of system analysis in many specific areas: from political processes to economic cooperation and transport corridors. Such an analysis is important for understanding what is happening in this case in the Caspian region, how these processes are developing, to what extent they meet the interests of our countries.

- What is the importance of the Caspian region in modern conditions?

- In modern conditions, the importance of the Caspian region is only growing. We see the current diplomatic and economic dynamics in the Caspian region. We see what processes are taking place in the world, including those directly affecting Russia's interests, Russia's relations with the West. The Caspian theme is shifting from the periphery of Russia's foreign policy to the center of its foreign policy interests. Other countries of the Caspian region, including Azerbaijan, consider the Caspian direction one of the dominant ones in the system of foreign policy interests. In the recent period, contacts have intensified both at the bilateral, trilateral and multilateral levels. Even if we take the last visits on the eve of the Caspian summit: the head of Russian diplomacy visited Azerbaijan, met with its leader, met with the leader of Iran, the Russian Deputy Prime Minister was on a visit to Turkey. This whole dynamics is connected, among other things, directly with the implementation of transport corridors, around which a large geopolitics is being built today, given that the Caspian region is located at the intersection of many transport arteries, including such key transport corridors as "North-South", "East-West".

Cooperation has intensified between Russia and Iran, between Azerbaijan and Iran, between Turkmenistan and Azerbaijan, between Kazakhstan and Azerbaijan. The countries of Central Asia and the countries of the South Caucasus are more intensively involved in the projection of the Caspian region now. We can talk about the interests of Uzbekistan in this direction now. In this regard, I would like to note the meeting between the Presidents of Azerbaijan and Uzbekistan. All this adds up to a powerful projection of the Caspian region, which is already acquiring an broader meaning.

I can say the same about the South Caucasus region. The 3 + 3 platform is largely formed by the opening and creation of transport communications. These are the South Caucasus countries, the Caspian countries, Russia, Iran... Numerous triangles that are being formed today form a common system of ties, including those based on transport strategy and trade and economic cooperation. All this revolves around the Caspian region, which does not have a conflict component, as the foreign ministers said just yesterday. Indeed, we do not observe conflicts in the Caspian region, and the tense issues which have been in the relations of certain countries regarding disputed field are being resolved. Moreover, today these countries are involved in a new project, including on the Trans-Caspian. The Trans-Caspian route is also of particular importance. On the whole, such a system of relations greatly increases the Caspian region's importance.

- On what issues should the Caspian countries agree?

- The Caspian summit is taking place in new geopolitical conditions, and it seems to me that the parties should move towards more serious decisions. If before 2018 there was a cumulative stage, when the countries came to the signing of the Caspian Convention in a timely manner, now there is no time to waste too. This is the time for making specific decisions directly related to integration. It seems to me that the Caspian model can set a new tone for integration now, not only at the regional level, but also at the level of interregional cooperation.

The issue of the Caspian process institutionalization is very important. The establishment of the Caspian Economic Cooperation Organization has been on the agenda for a long time. In the new realities, it is becoming increasingly important. It has been repeatedly emphasized, including at the level of the Caspian countries Foreign Ministers, that the current process is a comparison of notes, confirmation of the countries' positions in accordance with the principles reflected in the Caspian Convention, which meets the strategic interests of each of our countries. Strategic interests are formed mainly in security issues, including military-political security, in issues related to the economic cooperation development and the Caspian region's further integration. The parties reaffirmed their commitment to these principles in accordance with strategic interests. These are the basic principles, which establish the dominant right of all the Caspian states in the zone of the Caspian region, the non-presence of third countries in the Caspian is confirmed. In the new realities, complicated by the turbulent foreign policy background, this still is still of particular importance. I think that now the processes of Caspian integration will be expanded.