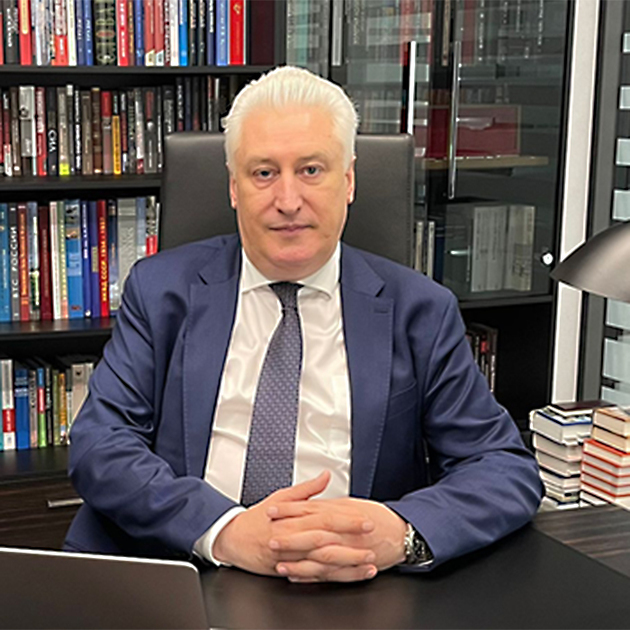 The Armenian-Azerbaijani settlement is moving towards the completion of the 1st stage: Baku has built an alternative route for the Lachin corridor and in 9 days will gain full control over the city of Lachin and the villages of Zabuh and Sus. The Azerbaijani part of the Zangezur corridor is 50% ready, the Russian FSB is establishing additional posts along the Armenian-Iranian border, and the Retribution special operation to neutralize illegal armed formations was held in the zone of the temporary deployment of Russian peacekeepers. Armenia, in its turn, these months, is passive as possible: it does not build its part of the Zangezur corridor, despite the agreement on its construction, slows down the work of the border delimitation commission, and refuses to construct a 12-kilometre approach road of the new Lachin corridor. Vestnik Kavkaza discussed the situation in South Caucasus with the editor-in-chief of the Natsionalnaya Oborona magazine, political analyst Igor Korotchenko.

- Igor Yuryevich, are there any signs that the peace process is approaching to the intermediate finale, and will be followed by active practical implementation of existing documents on both sides?

- I do not see such signs from the Armenian side, while Azerbaijan has been taking certain practical steps for almost two years. Armenia, for its part, stubbornly resists fulfilling its own obligations. Only the consistent policy of both Russia and Azerbaijan makes Yerevan follow at least some constructive course. Therefore, the Armenian elites are not optimistic but are forced to react to the changing situation. Their behaviour alters for a single reason - under pressure from Russia and Azerbaijan.

- How do the alternative Lachin corridor creation and the intention of some Armenian families to stay in Zabukha affect the settlement?

- Obviously, only Armenians who see themselves as citizens of Azerbaijan in the future can stay. If some destructive elements try to remain in the region, nothing good will happen.

The new route of the Lachin corridor is provided for by the Trilateral Statement. Azerbaijan has sharply fulfilled all the obligations for its construction. Armenia has done nothing, and only now starts working amid the changing circumstances. In other words, the process is advancing only thanks to the political will of Azerbaijan, which creates a new reality in the region that forces Armenia to adjust its policy.

- How close have the parties gotten to the opening of transport communications?

- First of all, the Zangezur corridor should function without any interference from the Armenian side, it should have an extraterritorial status, which will be provided by the Russian border guards and measures to control security and traffic inside the corridor. The work of our border guards is spelt out in the Trilateral Statement. The Armenian customs are excluded since the legal status of the Zangezur corridor must fully comply with the legal status of the Lachin corridor. This is the basic norm agreed by both Azerbaijan and Russia. Armenia must accept this model and, most importantly, start to implement practical measures.

So far, we see only demagogy and irresponsible statements, the absence of real steps to solve the problem of unblocking communications. All this once again confirms that only through the joint efforts of both Russia and Azerbaijan we can politically force Armenia to act.

First and foremost, the basic condition for the normalization of relations is the withdrawal of Armenian illegal armed formations from the territory of the Karabakh economic region of Azerbaijan. The presence in Azerbaijan of armed, revanchist militants, many of whom are veteran terrorists, creates the basis for new conflicts, shelling, provocations and sabotage. It is necessary to complete their withdrawal to Armenia from Azerbaijani soil so that by November 10, 2022, the 2nd anniversary of the Karabakh war and the signing of the Trilateral Statement, not a single armed militant remains on the territory of Azerbaijan.

- What role does the strengthening of Russian-Turkish relations play in promoting the settlement?

- Exceptionally positive. Turkey is now considered by Russia as a strategic partner. Moreover, in the format of confidential contacts at the Sochi summit, Putin and Erdogan reached a number of conceptual agreements on the mutual adaptation of our economies. Russia and Turkey will receive significant bonuses from joint projects, including in the energy sector. The qualitative, positive development of Russian-Turkish relations will also affect the improvement of the situation in the South Caucasus, including by depriving the lobbyists of a new war in the region, even those working in Russia, of an opportunity to reverse the course of events.