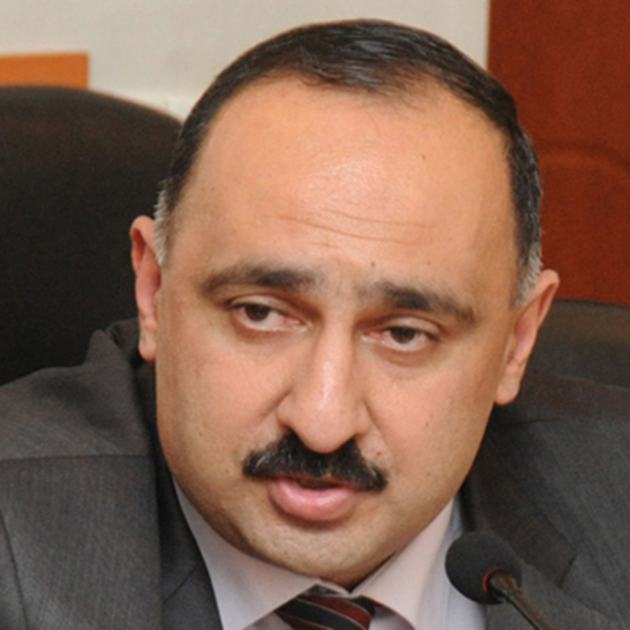 Today, Azerbaijan celebrates Republic Day - the 102nd anniversary of the founding of the first democratic state in the Muslim East. The head of the history of Azerbaijan of the Soviet period Institute of History named after A.I. A.A. Bakikhanova, Ph.D. in History, associate professor Ilgar Niftaliev.

- Why is the date of creation of ADRs important for Azerbaijan?

- With the formation of the Azerbaijan Democratic Republic (ADR), the people regained their state independence, which was lost in the first half of the 19th century, when the territory of Azerbaijan was divided between Kajar Iran and the Russian Empire. Then the Azerbaijani territories became part of these states in fragmented form - in the form of individual khanates. Subsequently, as a result of administrative-territorial reforms and resettlement policies carried out by the government of the Russian Empire, the political and ethnic borders of Northern Azerbaijan were again changed. Despite this, the First Republic, created in 1918, was able to quickly assemble a single state from those fragmented into provinces, counties and sections of territories. Only part of the historical lands of Azerbaijan was included in these borders, but then for the first time the term "Azerbaijan" was used as the official name of the state. If ADR had not been created in 1918, then the Bolsheviks who had put an end to this republic in April 1920 would not have saved Soviet Azerbaijan.

- What are the stages of the formation of national identity of the Azerbaijani people?

- After the conquest of North Azerbaijan by the Russian Empire, Azerbaijanis for the first time in more than a thousand years became part of the Christian empire in the position of a non-state-forming ethnic minority. This factor led to a distinct need for self-preservation and ethnic consolidation. The Azerbaijani enlightenment, representatives of the intelligentsia played a large role in this process.

In the conditions when in the first half of the 19th century Azerbaijanis did not yet have a national press and political parties, the process of awakening national consciousness took place on the pages of Azerbaijani literature, which gradually began to acquire the features of European modernism. This process was initiated by the immortal works of Mirza Fatali Akhundov, which laid the foundation for the development of a new realistic trend in Azerbaijani literature. For the first time in the works of Akhundov, the patriarchal socioeconomic way of life, an inert way of thinking that did not fit into the modern requirements of life, has been criticized for centuries. The idea of ​​freedom of personality and thought, liberation of consciousness from religious prejudices, and involvement in advanced European values ​​constituted the basic philosophy of the work of Mirza Fatali Akhundov.

Since 1875, Hasan bey Zardabi began publishing the first national newspaper Ekinchi, which tried to adequately reflect Azerbaijani reality in its entire motley palette and somewhat systematize Akhundov’s ideas, giving them a political coloring. The rapid development of the oil industry, the creation of a capitalist infrastructure, the formation of a national bourgeoisie, the opening of secular schools, national newspapers, theaters, libraries, the emergence of opportunities for Azerbaijani youth to receive education in higher education institutions of Russia and Western Europe contributed to the further growth of national self-awareness in Azerbaijani society.

The revolutionary events in the Russian Empire in 1905-1907 gave a new powerful impetus to the national movement, which began to acquire a vivid political connotation. Azerbaijani society has become actively politicized. The first political parties and organizations appeared, the first galaxy of political figures began to form. Newspapers in the native language began to be published again, many of which were the printed organs of political parties. An active role in this process was played by the Azerbaijani intelligentsia, the patronage activity of the national bourgeoisie. Prominent figures of the Azerbaijani intelligentsia were elected to the State Duma of the Russian Empire of all four convocations. A particular concern of the national intelligentsia of this period was the rooting in the identity of Azerbaijanis of their ethnic identity - the separation of themselves from a large Muslim family.

With the outbreak of World War I and the bourgeois revolution of February 1917 in the Russian Empire, the Azerbaijani national movement entered the final stage of its development on the path to creating a national state. Figures of the national movement put forward projects on the future political structure of the Caucasus, including North Azerbaijan.

- How did the tragic March events of 1918, which were organized by the Bolshevik-Dashnak military units, influence the creation of a national state?

- The evolutionary process in the national movement of the former outskirts of the Russian Empire began after the February Revolution, but was interrupted by the October 1917 coup. The Bolsheviks who came to power in Russia completely departed from the promises they made to the peoples of Russia in the first days of their power. It became clear that the Bolsheviks are trying to restore the borders of the previous empire and consider the concept of the right of nations to self-determination only according to the class principle, which leads to civil confrontation within nations. To strengthen their power in the Baku province, the Bolsheviks chose the path of interethnic clash, or rather the use of one nation against another. The result of such a policy was the genocide of more than 50 thousand Azerbaijanis in the spring of 1918 in the territory of Baku province. The March events of 1918 showed the leaders of the national movement all the illusory hopes of transforming Russia under the leadership of the Bolsheviks into a civilized democratic state and accelerated the process of deposition of Transcaucasia from Russia. On April 22, 1918, an independent Transcaucasian Federal Democratic Republic was proclaimed in Tiflis. However, the mismatch of the national aspirations of the peoples of the region, and, as a consequence, the absence of a single unifying goal, made their joint existence within the framework of a single state impossible. Therefore, on May 26, 1918, after the declaration of independence of Georgia, the Transcaucasian Federal Republic disintegrated. On May 28, the Azerbaijan National Council proclaimed the formation of the first Azerbaijan Democratic Republic.

- What advanced ideas in the Declaration of Independence were proclaimed by the creators of the first republic in the Muslim East?

- The Declaration of Independence consisted of six points, which contained the basic principles of domestic and foreign policy of the Republic of Azerbaijan. The main ones were ensuring the free development of all citizens of the republic, regardless of their national, religious, social affiliation and gender, maintaining friendly relations with all states, especially with neighboring ones. The people of Azerbaijan were proclaimed the source of power, and the parliamentary republic was the form of government.

- How were the interests of other peoples in parliament taken into account?

- The functions of the first parliament were performed by the National Council, which passed a law on parliament on November 20, 1918, which began its work on December 7, 1918. It consisted of 120 deputies - representatives of all nationalities living in the republic. In addition to Azerbaijanis, among the MPs were Armenians, Russians, Georgians, Germans, Poles and Jews. The parliament included national factions of Russians and Armenians. The Armenians were represented by the national faction and the faction of the Dashnaktsutyun party. That is, even those forces that spoke out with territorial claims against Azerbaijan and were against the independence of the republic were admitted to the highest legislative body of the Republic of Azerbaijan.

- Nevertheless, in two years five governments have changed in the ADR. What prevented the stable work of parliament and government, and what socio-economic projects remained unfulfilled?

- During the period of its activity, the parliament held 145 meetings, at which 230 laws were adopted. The short existence of the republic did not allow the government to hold parliamentary elections. The form of the parliamentary republic led to frequent government crises, which occurred not only because of the inconsistency and half-heartedness of reforms, but also under the influence of changes in the foreign policy environment and the struggle for influence in the government of representatives of certain political parties and groups represented in parliament. During the period of its existence, the ADR was replaced by five governments, which at different times were headed by Fatali Khan Khoysky and Nasibbek Usubekov.

Among the economic projects that the government failed to implement, a special place was occupied by agrarian reform and the organization of oil exports to Europe. This greatly worsened the financial situation of the republic than the local Bolsheviks skillfully used, who used the difficulties encountered to organize armed actions of peasants in the districts of the republic and workers' strikes in the capital.

In the field of education, projects were prepared to open polytechnic and agricultural universities, a conservatory, and a commission worked to translate writing into Latin script. All these social projects have remained incomplete.

- What achievements of the first republic can be especially highlighted?

- For a short period of its activity, the parliament and the government of the republic adopted a number of major legislative acts. Among them, the law on language, flag, army, banknotes, citizenship, nationalization of education, the University of Baku, and the establishment of plenipotentiary representations of the republic in other countries were of particular importance. A national army was formed, the number of which on the eve of the occupation of the ADR was about 30 thousand people. The opening of Baku University was a significant event in the cultural life of the republic. The university performed not only the functions of a higher educational institution, but also became the scientific center of the republic. The biggest achievement in the international arena was the recognition by the Supreme Council of the Entente countries on January 11, 1920 of the de facto independence of the Republic of Azerbaijan.