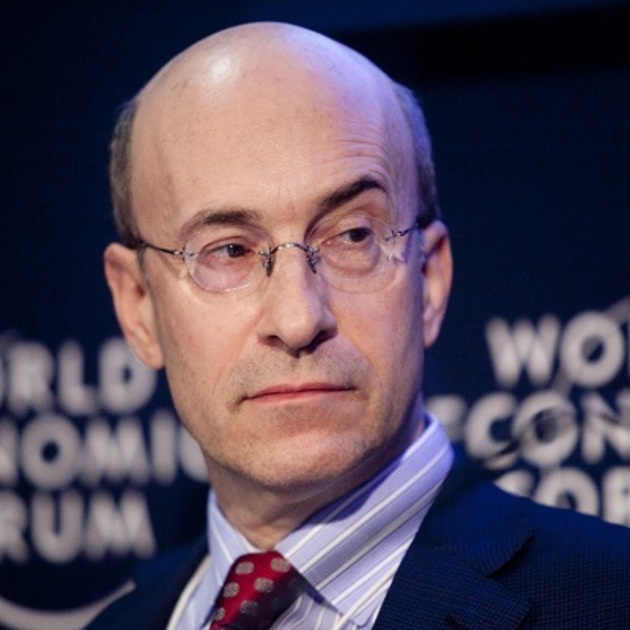 At a secret gathering at Camp David in the summer of 1971, U.S. President Richard Nixon and his top economic advisers made the historic decision to suspend the dollar's convertibility into gold, unilaterally changing the global monetary system. Fifty years after the event dubbed the "Nixon shock," the U.S. dollar still retains its status as the world's key currency. But will this last for the foreseeable future? Nikkei sat down with Kenneth Rogoff, professor of economics and Thomas D. Cabot professor of public policy at Harvard University, to discuss the future of the monetary system.

-Right now, the dollar is overwhelmingly the dominant currency in the world, much more so than the euro, which is mainly a regional currency in Europe. The dollar, in terms of reserves, invoicing practices, how much countries stabilize around the dollar, financial markets -- just everything -- it's overwhelming. It's more dominant than it was in the 1950s. However, a significant piece of this is that China has decided to stabilize their exchange rate around the dollar. We don't know what would happen if someday China went to a more normal inflation-targeting regime, and even had an exchange rate more like the yen -- which has been very stable against the dollar in recent years, but it can move.

It wouldn't happen overnight, but my guess is that over time Asia would coalesce, not around the dollar but around the RMB [Renminbi, the Chinese yuan]. Then we'd be in a world where the RMB would be a regional currency in Asia, the euro would be a regional currency in Europe, and the dollar would have everything else. That would be a loss of an enormous part of the global economy. It would certainly have an impact on the ease with which U.S. corporations can borrow. The U.S. gets benefits from the fact that Asia is so dollar centric.

-The dollar is still dominant.

-The power of the dollar is not just that so much of the world uses it as a unit of account and for invoicing [and] for reserves, but the fact that, because of the power of the dollar, the U.S. has a lot of control over information. Any time there is dollar clearing, anywhere in the world, a lot of it happens in the U.S. It's very difficult for a foreign central bank, a foreign clearinghouse, to compete with a U.S. clearinghouse because the U.S. clearinghouse has the Federal Reserve behind it. If something goes wrong, they just have an infinite supply of dollars. If clearing happens in the U.S., that means someone in the U.S. knows what the trade was, what happened. Now, I'm not saying that [President] Joe Biden looks at this every day, but he could.

-When you look at history, has the global monetary system usually been multipolar or unipolar?

-Unipolar is the usual. Multipolar is usually transitional. It's not a stable equilibrium, because there are networking effects that are very powerful, and that tends to prevail. So, if we see China become as important as Europe is today, I suspect there would be a transition to where someday it became the center. The dollar could last a long time, after the U.S. economy had diminished. There's an incredible advantage to being on top. Like in anything, if you're a powerful monopoly, you can deliver a mediocre product for a long time before you lose your monopoly. But I think Americans underestimate the fact that it could happen. The progressives especially just say, "Well, let's make everything free for everyone, and we can just borrow. Interest rates will never go up." You see that argument a lot. That's basically close to modern monetary theory. Everyone is treating that like that's forever. If the U.S. political system believes in itself too much, [then it takes] a big risk.

-What is the time frame we are talking about?

-It will sort of come over years. China could make a sudden move to inflation-target, but I don't think that would necessarily lead to a sudden move in everything. That would really shake up markets, but it might take 10, 20, 30 years before everyone's following China. The risk is that interest rates start rising and the U.S. decides not to do anything about it, and it just waits too long -- like in any financial crisis. [Americans] think they can borrow, and borrow, and borrow, and nothing will ever happen. The history of these things is nothing ever happens 'til it does. The progressives do not sufficiently value the U.S.' geopolitical role. They're interested in the next two years and redistributing as much money as possible. If I were the U.S., I would be interested in the next 200 years, and trying to remain culturally and politically and economically dominant for as long as possible. By the way, I favor redistributing income. Why not raise taxes, if you want to provide more benefits? But right now, in Washington, they are very reluctant to raise taxes on most people, and they want to raise benefits a lot, and it's a slippery slope.

-What will the future global currency system look like?

-It's a little bit of prediction about the geopolitical system, of who's going to be controlling the internet in a hundred years, and who's the global superpower. If you extrapolate China's growth and divide by three, it's still going to be the global superpower in a hundred years. And it's very hard for the dollar to withstand that indefinitely. I've been very surprised China has not had a deep recession -- that it reports, anyway. If you asked me 20 years ago what were the odds that China would have 20 years without even a significant growth recession, I would have been wrong. It could turn out that their system is very good for dealing with good times, and very bad for dealing with bad times. We don't know. Political science scholars argue that if China were to continue to ascend, it's going to expand its sphere of influence across Asia.

The most likely [scenario] is that we have a multipolar system for quite a while, maybe up to 2100, with China becoming much more significant. I don't see how China can put up with the current system indefinitely, and they've made small steps. At some point they're going to see it's not working and make a change. It really depends on when China decides that it wants to do that. And it also depends on the rest of Asia, of who follows. Hopefully this is something positive. They should be inflation-targeting, as they get bigger. They should open up their country. So that's not necessarily a warlike outcome. It would be a natural outcome.

-Do you think that a multipolar system will be better for the stability of the world economy?

-Probably not more stable. It's very stable to have a dominant currency that's run well and where the hegemon is responsible and looks at the goal. That's the most stable system, because a multipolar system is not a natural equilibrium, because there are network effects. The natural equilibrium is for one currency to be much bigger than the other currencies.

However, in the U.S., if you have leadership that goes this way, then that way, then this way, then this way -- it's not very good for the world. Right now we have President Biden, who is -- whatever else you want to say -- very stable and sane, and tries to be responsible. Who knows what the next person [will do]? What happened on January 6th [regarding the attack on the U.S. Capitol by supporters of President Donald Trump] was kind of incredible. Who could have predicted that? That's just beyond belief. Trump, I don't think he was wrong about everything, but he tried to reverse the election. He really did. He really wanted to.

And, in a way, the progressives, now, want to grab much more power than the voters gave them, and that's also destabilizing. These very fast changes at the top are not something you want to see in the leadership. [German Chancellor Angela] Merkel is just the same every year, little changes, and that's what you'd like to see in the global leader.

-What do you think are the minimum conditions for the Chinese renminbi to be the world currency?

-You have to have some kind of very clear rules of law, which [Chinese leaders] don't have right now. At least they don't have [rules under which] others would trust them. When the U.K. was the central currency, it was also the banking center and the financial center. All the business was done there. You can't be the world currency if nobody trusts doing business in your country. They would certainly have to greatly strengthen their institutions, their trust. Obviously, everyone had thought the only way that could happen was becoming more democratic. That doesn't seem to be happening.