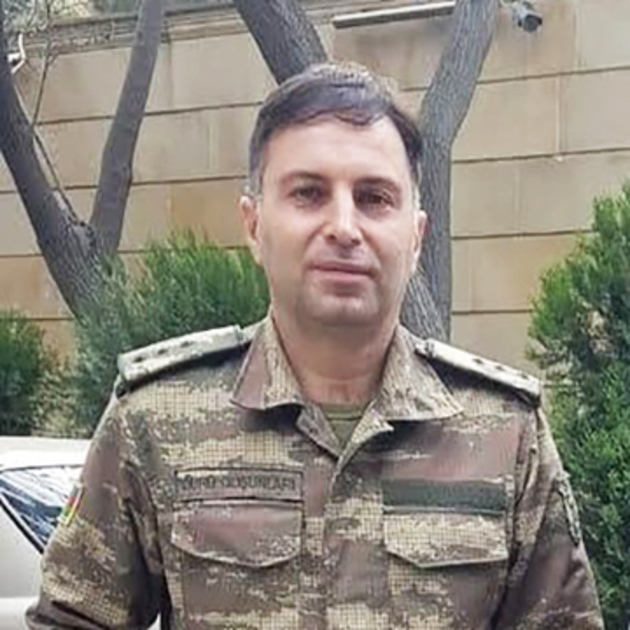 The interlocutor of Vestnik Kavkaza is a participant in the Second Karabakh war, a platoon commander wounded in the battles for Fizuli, senior lieutenant Mail Askerov. In the hospital, the President of Azerbaijan visited him and other wounded. For personal courage and courage, by order of Ilham Aliyev dated December 25, Asgarov was awarded medals "For the liberation of Gubadly" and "For the liberation of Fizuli".

- How did you get to the front?

- I was called up on September 30 by the order of the President of Azerbaijan on mobilization. For eight days we were trained to use modern weapons - this was not the case in 2003, when I was fired from military service. After the end of the exercises, we went to Fizuli, to the front line. There were battles near the village of Garakhanbeyli - in the morning we attacked, and at night we held the liberated territory, strengthened the defense of the liberated territories. And they were advancing from different directions - the village of Garakhanbeyli is large, surrounded by mountains on both sides.

On October 14, the invaders fired mortars at the post near the peak that we had previously liberated. They had previously exposed our positions to mortar attacks, but this time the shelling was carried out with particular intensity, aimed at manpower. On the 15th, after lunch, shelling began at intervals of every 10 seconds. For someone who has not been in the war, it is difficult to imagine, but it is difficult - when you do not know where to hide under a hail of artillery. Senior Lieutenant Anar Agamaly and I held the line. He escaped with a minor wound, and I received a heavy one. For a long time I could not come to my senses. The shell fell three meters away from me, on the top of the rampart in front of the trench. The feeling was that a mountain had fallen on me. I was lucky that the shell exploded at a depth of half a meter after hitting the ground, this somewhat mitigated the effects of the fire strike. But I received severe shrapnel wounds.

An ambulance arrived to pick me up, but then we were subjected to intense sniper fire. These were dangerous bullets with increased penetration 5 * 45. Then the invaders began firing mortars at the ambulance. As we drove, they fired from all types of artillery, trying at all costs to destroy us. I was conscious and heard everything. Our driver was a professional, he maneuvered so that they didn't hit us. They brought me to the Fizuli regional hospital, provided the first medical aid. Then they were taken to the first clinical hospital in Baku. I was on treatment for 40 days. I feel better now.

- What motivated you in the war?

- The cohesion of our people and great support from the state were the biggest motivation. When I was brought in in an ambulance, everyone tried to help - both civilians and military. We liberated our lands, which were under the occupation of the Armed Forces of Armenia for 30 years, we liberated our homes, from where we expelled our parents, grandfathers and grandmothers.

We knew that our president was with us, we listened to all his speeches. In the trenches they understood that all the hope was in us, that the state and the people were behind us. This was the biggest incentive for us. 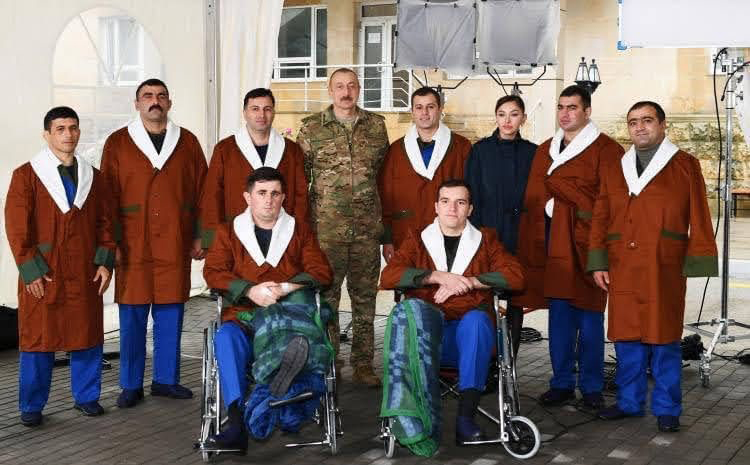 - All military experts note that Azerbaijani soldiers did not leave the wounded and killed on the battlefield ...

- Of course! Fierce battles were going in the direction of Fizuli, there were many killed and wounded, but we only went forward. During the 44 days of the war, we never once retreated a meter. They carried the wounded from the battlefield using smoke bombs. It is not easy - any of us could have died during the massive enemy shelling.

- The President of Azerbaijan said that the Fizuli operation will go down in the history of wars. How do you remember it?

- For 30 years, the invaders built powerful trenches there: the concrete was covered with earth, tires were laid above this layer, then all this was again covered with earth and, in addition, concreted again. On impact, a ricochet occurred, and the shell did not hit the trench at all. Conventional artillery could not have dealt with these fortifications. Only the fortitude of our soldiers and the use of the latest weapons by the Azerbaijani army made it possible to destroy their fortified areas.

Sometimes we went on the offensive three or four times, having lost personnel, but still did not retreat. In a war, the most important thing is accurate intelligence. There were two main obstacles in the Fizuli direction: the terrain and the enemy's fortification lines. In addition, in some places there was not a single tree - the enemy could see us at a glance. But during the maneuver during the offensive after liberation, part of the territory must be found in order not to become a living target. 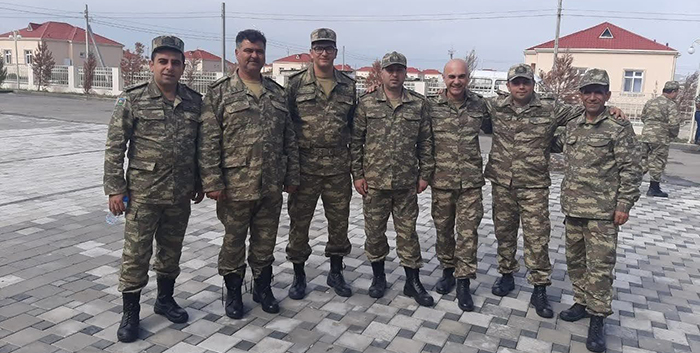 Our army has shown an incredible example of heroism. Our friends were dying, but we did not stop, went on the offensive. The commanders motivated us, and we motivated our soldiers. This is how we supported each other. As a participant in those battles, I confirm that the Fizuli operation was difficult and victorious.

- Did you hear the news about the liberation of Shushi in the hospital?

- Yes, I watched the president's speech. We have always looked forward to his official announcements. The commander-in-chief's statement on the liberation of Shushi was special. Shusha is a center of our culture, like a precious stone on a ring. There was a feeling that I myself took part in the Shusha operation. Our unit played an important role in the liberation of Shushi. Some became martyrs, many were wounded, but the main thing is that the city was liberated.

I know from stories some details of that operation. The invaders were waiting for us from the side of the Dashalty road, but our military used unusual tactics in the most difficult terrain conditions and entered the city from where no one could expect them. There is no road there, and ours climbed the steep cliffs towards the prison. To climb to this height, special training is needed, while it was impossible to take heavy weapons with you, sometimes they climbed even without bulletproof vests and helmets. The guys had only machine guns and knives with them. The French press noted that in the battle for Shusha, most of the Armenians died from knife and bullet wounds. I am sure that the battle for Shusha will be included in military textbooks, and our experience will be studied by other countries.