Mikhail Pogrebinsky: "Zelensky did everything to lose Donbass" 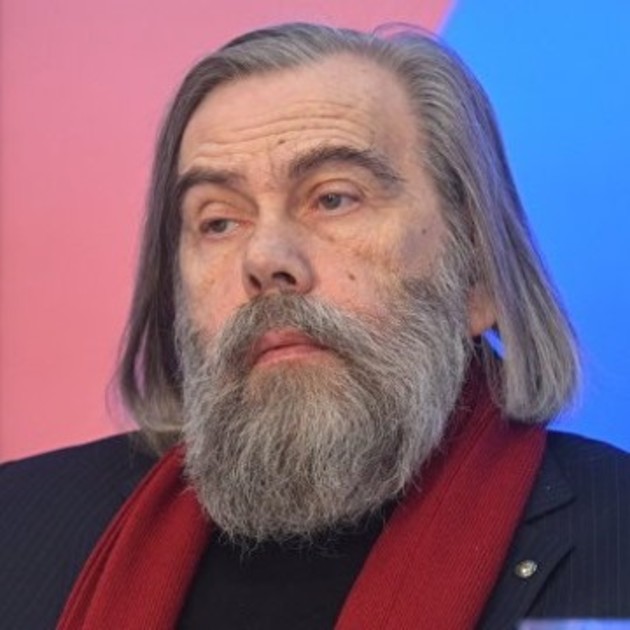 After negotiations between the presidents of Russia and the United States, Vladimir Putin and Joseph Biden, the intensity of passions around Donbass began to decline. Ukraine has declared its desire to solve the problem through diplomatic means. Russia has completed military exercises in Crimea. To what extent Kiev was really ready for the military campaign, whether a meeting between Putin and Ukrainian leader Vladimir Zelensky would take place, the political observer of Vestnik Kavkaza Kamran Hasanov asked the Ukrainian political scientist Mikhail Pogrebinsky.

- Mikhail Borisovich, what do you think, did Kiev or Washington have a plan for a military solution to the conflict? Were they going to really fight?

- It's hard to say what really happened. We have a distributed decision-making system, arbitrary interpretation in the head of the president, in the General Staff and the Ministry of Defense. They have their own point of view, volunteer units - another, the State Department - a third. Arguments that Kiev was preparing for war are easy to find. In mid-March, echelons with tanks, which were going to the confrontation line, appeared on social networks (video - editor's note). But I never seriously believed in an offensive, since the Russian leadership declared that in the event of an attack, Russia would take part in the response. I do not think that (the leadership of Ukraine - ed.) Made the decision. Those who make the decision should have been seriously afraid of such a development.

The reaction of Russia and the supply of troops to the border was not so much because Moscow believed in an offensive, but because Russia decided to end this burden, when in Kiev they first talk about the recognition of the Minsk agreements, then they reject them. It was decided to show how all this could end. The forces (of Russia - ed.) Transferred to the border were quite enough to force Ukraine to peace. I think it worked. Kiev's reaction that "we do not want provocation, but are ready for diplomacy" was hysterical. Numerous appeals to NATO, the State Department, the EU, Macron - in Ukrainian it sounds like "retort", "Putin will attack us, one hope for you" - all this looked like a cooling of the brains of our hot heads. Shoigu said that the check would be over in two weeks. She fulfilled her task. The threat of Kiev's attack on Donbass in the short term has been canceled, but there is no solution to the problem. And this burden lies with the Kremlin.

- Let's talk about a diplomatic solution to the conflict. About two weeks ago, Zelenskiy said that Minsk could no longer be a platform for negotiations, because Belarus is dependent on Russia. Where do you think negotiations can take place between Putin and Zelensky, if they take place?

- I do not see the prospects for a meeting between Putin and Zelensky. As an experienced person, Putin formulated, as it were, a response to Zelensky's delusional offer to meet in the Ukrainian Donbass. I do not exclude meetings at the level of the four (Merkel, Putin, Macron and Zelensky - ed.), But if Zelensky takes steps to implement the obligations he took in Paris in December 2019. As for the transfer, what difference does it make where to meet if a meeting is possible? Some of the talk show participants suggested moving the negotiations from Minsk to Moscow - I think this is real. I cannot offer more original. Finland? But representatives of Donbass will not go there. It seems to me that now everything is moving towards the loss of Ukraine's Donbass.

- The Russian leadership has repeatedly said that Kiev should communicate with the DPR and LPR directly. What prevents Zelensky and his administration from doing this?

- The very concept of confrontation interferes. The Ukrainian leadership does not accept the interpretation of what is happening as an internal Ukrainian event. This changes the attitude towards him in the circle of friends of Ukraine. They impose sanctions on Russia because "Russia is the aggressor." But if Zelensky or the head of the Foreign Ministry directly meets with people on the other side, this will mean a conflict between Ukrainians and Ukrainians. But this is unacceptable not so much for Kiev as for the image of what is happening in the eyes of the West, which supports Ukraine, because it opposes "an evil and terrible Russia." If Europe says that this is a civil war, then they give a pass to Putin, that is, they are on his side.

- In a recent interview, Ukrainian journalist Dmitry Gordon listed four ways to return Crimea and Donbass to Ukraine. Three of them - the collapse of Russia, the war and US sanctions - he considers unlikely or ineffective. In his opinion, the best option is to make Ukraine economically attractive so that the DPR and LPR want to return to it. What do you think about this?

- I would not want to comment on the words of Gordon, he wags at every power, was friends with all the presidents. My position is this - I would like Crimea to be a part of Ukraine, in which the rights, including those of Russian speakers, are respected. I love Crimea, but I do not see any prospects for the return of Crimea to Ukraine in the short and medium term. Unless he can be ours and yours, but no Russian president will agree to the legally binding transfer of Crimea. Although the option of special relations between Ukraine and Crimea, when Ukraine returns water to Crimea and receives a preferential treatment for investments in Crimea, is real. This is possible, but with a different attitude towards Russia and the Russian people.

- And the return of Donbass?

- Things are worse with Donbass. I am not a fan of making far-reaching forecasts. I think Donbass is much closer to Russia than a return to Ukraine. The Ukrainian leadership under Zelensky did everything to lose Donbass. There are people in Donbass who have a good attitude towards Russia and a bad attitude towards NATO. And in the Ukrainian government there are people who want to be a part of the West, NATO, the EU. Even if it does not work out (to join NATO - editor's note), they would like to keep this perspective. Therefore, the return of Donbass would create a number of problems along the way.