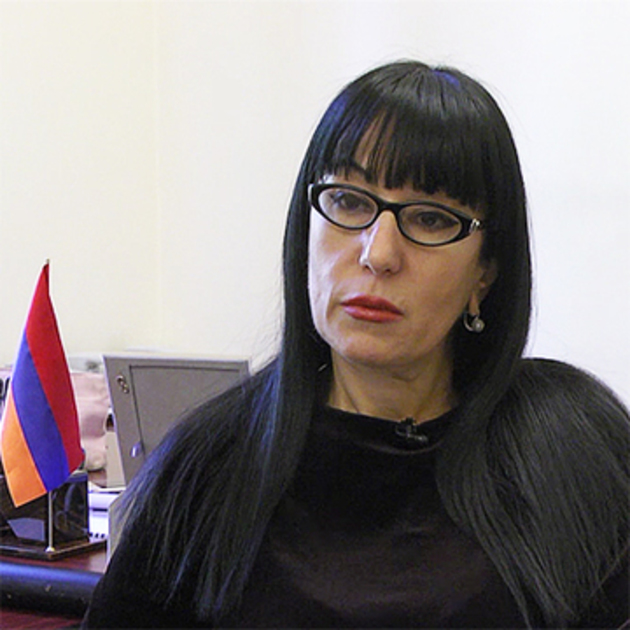 Two weeks later, an agreed rally of the Prosperous Armenia, Homeland and ARF opposition parties will take place in Yerevan, the application of which emphasizes that the expectations of Armenian citizens from the 2018 change of power did not come true, since the Nikol Pashinyan government hasn't used  the opportunities created by the popular movement. The General Secretary of Prosperous Armenia, MP Naira Zohrabyan told Vestnik Kavkaza about how Nikol Pashinyan's activities in domestic and foreign policy are being assessed in Armenia.

- First of all, what requirements will be announced at the October 8 rally?

- All three parties will come up with a common agenda. Recently, the citizens of Armenia have accumulated a lot of discontent due to problems in social, economic, medical and educational spheres, in relation to our national values in general. For example, there was a "reform" of educational institutions with the abolition of such subjects as the history of the Armenian Church, the Armenian history - now they will not be taught separately, but within the framework of world history lessons. Also, a lot of people are unhappy with the fact that the issue of opening flights with Russia is not being resolved. This problem is associated with the still tense coronavirus situation in Armenia. And there are many of such moments, in particular, the strict economic "reform", which will hit small and medium-sized businesses.

We, as the opposition, have the right to express these claims, although you see how the authorities react to these completely ordinary, normal steps, which the constructive opposition should take. Their reaction is very painful, political repressions are arranged in response to everything. But we will definitely raise all the issues that the citizens of Armenia put before us.

- In this regard, what is the citizens' assessment of the Pashinyan government's 2.5 years of work?

- As a politician, I meet with many people every day, we discuss what is important to them, and I can say that the dissatisfaction with Nikol Pashinyan is huge now. Of course, there is still a certain percentage of people who think that 2.5 years is too short a time to fix the previous government's mistakes, but the majority thinks otherwise. 2.5 years is quite enough time to at least outline some positive shifts. Citizens do not feel such shifts today. For me, this is the biggest absurdity: the people who fought for the revolution for the sake of improving life in the country now stand with placards "Let us leave Armenia", "We want to go to Russia!" As a citizen of Armenia, it hurts me to look at such posters telling how hard it is to live in the republic today.

- What is the attitude of Armenia towards the possibility of resuming a full-scale war with Azerbaijan?

- We will pray that this will not happen, because we believe that the issue should be resolved by peaceful negotiations. Of course, when the issue of Nagorno-Karabakh comes up, we always try to be on the same side with the authorities, to show solidarity, but I think that it is necessary to prevent an escalation, including with the help of the international community, the OSCE Minsk Group. War is always a disaster. Each death is grief, each death takes us one step away from the peace negotiation process.

- In this regard, how do you assess Nikol Pashinyan's policy on the Nagorno-Karabakh settlement?

- We believe that the current government has brought the Karabakh negotiation process to a deadlock. They have neither mechanisms, nor actions, nor even a vision for the settlement of the conflict, which harms the normal peace process. We see no steps by the authorities. Much has been achieved in due time, the OSCE Minsk Group gave the go-ahead for the St. Petersburg agreements in 2016, and now what? We demand that the authorities be frank both with the political forces of Armenia and with the people, but we do not see the on Nagorno-Karabakh policy to be clear.

And this is now superimposed on all the abundance of the people's socio-economic problems. I think if we ask the people the question you asked, the absolute majority will say that they do not understand the current government's policy on Nagorno-Karabakh.

Tsarukyan to be stripped of immunity?