Zakhar Prilepin: "Russia will always be extremely attractive as a political factor" 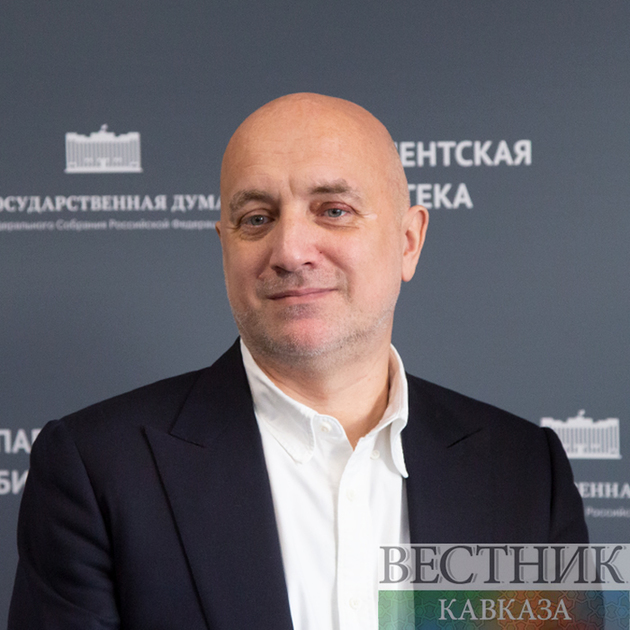 These days in Moscow, at the All-Russian Scientific and Practical Conference "Russia: Unity and Diversity", representatives of state authorities, employees of scientific, educational and public organizations, experts from certain sectors of the socio-political sphere are summing up the results of a decade of implementation of the fundamental document of strategic planning: Strategy of State national policy of the Russian Federation for the period up to 2025. In particular, the conference concerns the problems and prospects for the development of the "Russian World" concept in the new geopolitical reality, about "soft power" and "public diplomacy" under the sanctions pressure and, as stated by the organizers, growing Russophobia.

In an interview with Vestnik Kavkaza Zakhar Prilepin, co-chairman of the political party "Just Russia - Patriots - For Truth", expressed his position on the role of Russia and the Russian language in the world.

- Zakhar Nikolaevich, according to some sources, 350 million people spoke Russian in the world in 1989-1990. Now only 270 million people speak this language. What needs to be done to strengthen the position of the Russian language?

-  It is necessary that Russia be an international center of power, a center of international attraction, a center capable of challenging international financial, political and military corporations. Only this will ensure the presence and influence of Russia. The more influential Russia is, the richer it is, the more secure it is in military terms, the more attractive it is. This is a completely obvious fact.

In the Soviet Union German was taught until 1941, and after 1945, English was taught because it was considered the language of a potential enemy. I don't want to scare anyone with Russia, but Russia that solves or is able to solve any problems on any continent will always be extremely attractive as a political factor.

- Let me give you one simple example: today, 15 African leaders speak Russian because they were taught in the Soviet Union. In Eurasia, especially in the former Soviet Union, Russia will remain a key player. It not offensive to anyone, it's completely normal. Therefore, people just need to regain consciousness. It is natural that all the former republics of the Soviet Union will speak Russian with each other. There is no doubt about it. They understand it, this language is natural for them, it is often even native to them, in a certain sense, because their parents spoke it quite freely.