Vladimir Yevseyev: “Only two states in the CIS can afford Russian arms” 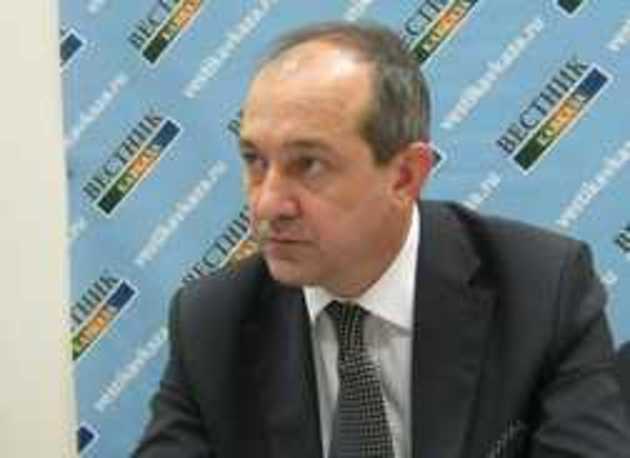 Recently the official statistics of selling Russian arms abroad has been published. It turned out that, among the post-Soviet countries, Azerbaijan purchases the biggest volumes of Russian arms; in general it takes 5th place, with 5% of purchases. Azerbaijan yields to India (40%), Algeria (14%), Vietnam (10%), and China (slightly over 5%). The rest of the CIS countries purchased 4.2% of Russian weapons. Vestnik Kavkaza interviewed the head of the Socio-Political Research Center, the political scientist Vladimir Yevseyev, on the reasons for the growing arms exports from Russia to Azerbaijan.

-          What do you think about the fact that Azerbaijan is a leader among the CIS countries in purchasing Russian armaments?

-          I think it is a coincidence of the contracts signed during the presidency of Dmitry Medvedev. As it is time to fulfil the contracts, Azerbaijan becomes a leader among countries to where Russian armaments are exported. Russia enforced the military base in Gyumri to maintain the balance of power in the Nagorno-Karabakh region. So there will be no similar exports in the near future. Any improvement of the forces of the one side of the Nagorno-Karabakh conflict demands a rebalancing of forces. This could lead to a worsening of the situation under certain conditions. I don’t think this should be allowed, because Ilham Aliyev will win the elections in October and will meet Russian authorities to reduce tensions in the region.

At the same time, the fact of arms exports to the region of the South Caucasus raises specific questions.

-          Does Azerbaijan prefer to purchase more armaments than others? Or do other countries prefer to cooperate with other producers of weapons, rather than with Russia?

-          It should be understood that almost all countries of the post-Soviet space use Soviet, Russian armaments. The only exception is Georgia which, nevertheless, also uses Russian, Soviet armaments. Azerbaijan is the only country at war in the region. Other states, including Georgia, have no need to purchase armaments. Secondly, Azerbaijan has the resources to buy weapons. Tajikistan and Kyrgyzstan would like to buy more weapons, but they lack finances. Kazakhstan is a Central Asian state that can afford weapons, although it has no such demand. Azerbaijan needs to strengthen its sovereignty and build strong armed forces, because it doesn’t exclude the possibility of a military scenario in the Nagorno-Karabakh developments.

-          We cannot compare Azerbaijan and China, because their potentials are disparate. Last year purchases were timely. This year, I don’t think Russia will see large arms exports to Azerbaijan. On the one hand, Azerbaijan has other partners in the sphere. Russia is not the only partner. On the other hand, Russia wouldn’t like to see an imbalance between Azerbaijan and Armenia. It is impossible to draw ahead of China. If Russia stops exporting some completed systems to China, it improves export of details, services of machines which have been exported earlier, and so on.