Igor Morozov: “The Americans aim to destroy relations between Western Europe and Russia” 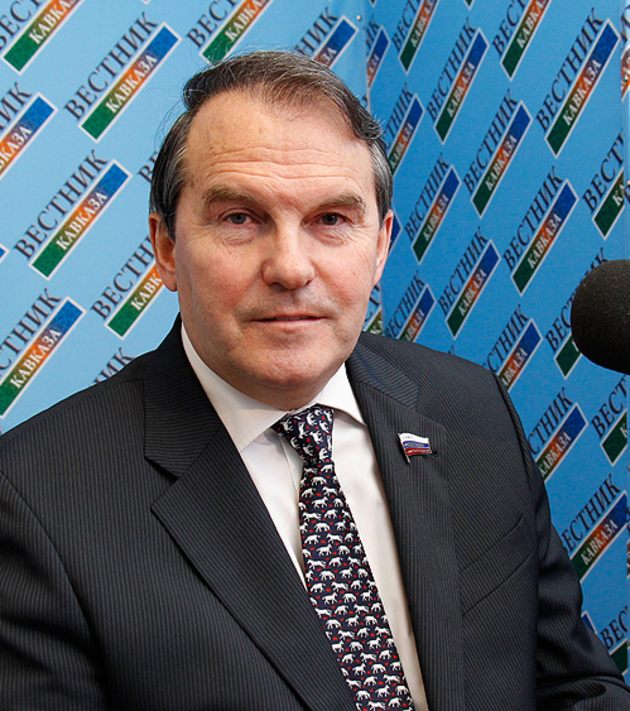 In late January the Parliamentary Assembly of the Council of Europe voted for an amendment to the suspension of Russia’s right to vote and be represented in the managing bodies of the Assembly at the session in April. Meanwhile, Alexei Pushkov, the head of the Russian delegation, stated that Russia has left PACE till the end of the year. A member of the Federation Council Committee on Foreign Affairs, Senator of the Ryazan region Igor Morozov, speaks about the situation.

- What is the meaning of excluding Russia from the work of PACE?

- It is a very big mistake by the Parliamentary Assembly of the Council of Europe, because, in fact, it is destroying the possibility of a dialogue between the parliaments of the 47-member Council of Europe and Russia. In fact, this exclusion does not solve the problems that have been identified and announced on committees, commissions, factional groups and, ultimately, resulted in the resolution, the final resolution of the PACE. The chairwoman, Anne Brasseur, is not the energy charger today of the positive development of democracy, the rule of law, protection of human rights, freedom of speech, in fact, that which was always declared not only by the Parliamentary Assembly of the Council of Europe, but also by the European Parliament, which corresponds to today's standards of democracy. It seemed to us that the climate that was created by the PACE winter session, it is diametrically opposed to all democratic norms of a parliamentary system. Therefore, we believe that this year we simply will not participate in any PACE session, will not work in the committees, will not accept any PACE mission on its territory. And we will make a decision at the end of the year as we do - to stay in the oldest parliamentary organization of Europe, or just get out of it by switching all activity to another parliamentary platform - the OSCE Parliamentary Assembly, the Parliamentary Assembly of the Mediterranean countries, or turn around, including the Asian vector.

- Is someone deliberately pushing Russia to renounce its membership in the Council of Europe?

- Anne Brasseur is the conductor of US policy in the parliamentary dimension of Western Europe, and she is doing everything to destroy the possibility of pan-European parliamentary dialogue. The Americans set out to destroy the relationship between Western Europe and Russia, in order to prevent, say, a powerful confluence of Western European capital and modern technology with Russian natural resources and human resources. The Americans are afraid of getting lost, they are afraid that if Europe is united with Russia it will be economically independent of the US, while the US has lost influence finally on its NATO partners.

Only the Ukrainian situation, which was financed and organized by the Americans, is actually pushed back to the development of intensive care and NATO. This means that European taxpayers' money will flow into the United States, or already flowing, will create new jobs, develop the military-industrial complex, new technologies. Of the sanctions, apart from Russia, Europe also lost as much as the increased trade between Russia and the United States. You know, the Americans are playing their part on a large chessboard, and we would like to see the Europeans realize this.

- Debates in Strasbourg has been strained to the limit, and voting against Russia passed by a margin of just one vote. Which were the countries that supported us?

- I am very grateful to say hello to all the parliamentarians whose full national delegations voted against the resolution, which deprived the Russian Federation of voting rights and other work in PACE. These are delegation of Azerbaijan, the delegations of Serbia, Cyprus, Montenegro, and we are grateful to our colleagues for the correct understanding of everything that happens on this great chessboard. And I think that the great contribution made by delegates from the European Parliament from Austria, Switzerland, Denmark, Belgium, France, Germany and Italy. And these are our fellow parliamentarians who are actively cooperating with us in groups of friendship and cooperation, these are countries who came in the previous year to us, knowing that there were a number of issues that need to be discussed. And they are really lined up on dialogue platforms, arriving in the Federation Council and the State Duma, inviting us to them and not afraid of public debate on the issue of  Crimea, the Donets Basin, on sanctions policy. And in exactly the same way, with a great deal of political courage, they voted in a plenary session against these restrictive measures against Russia.

- You have recently returned from a trip to a number of countries in Latin America and the main point of the visit of the Federation Council was the Ecuadorian delegation. The 23th session of the Asia- Pacific Parliamentary Forum was held. Why is this organization important for Russia?

We have a great support from the Latin American countries that have already built their integration and economic associations and are ready to cooperate with Russia, the Eurasian Economic Union. They look with great hope to the BRICS, especially on its new organization -  the Development Bank and a pool of reserve currencies in which they want to participate,  because each country feels the dominance of the dollar. So when we said that we had already entered China into the format of the foreign trade contract yuan-ruble payment mode, and in the past year implemented a currency swap in 4 months equivalent to 25 billion dollars, it's just a new form of economic structure of the world in people's minds.

A great part of the problems that we are cannot solve the restructuring of the IMF and enable new economies to have the right to vote in accordance with their contribution to the world, say, GDP. But we can go the other way. We cannot depend on the US Congress. We can follow the path of creating a new International Monetary Fund in the face of a new Development Bank. And frankly, we talked about this with many countries in Latin America and the Asian part of the bloc. We found a good understanding of all the new ideas, ranging from a multi-polar world and ending with the reform of the monetary system, and we were comfortable there, we will continue to develop the Asia-Pacific vector.