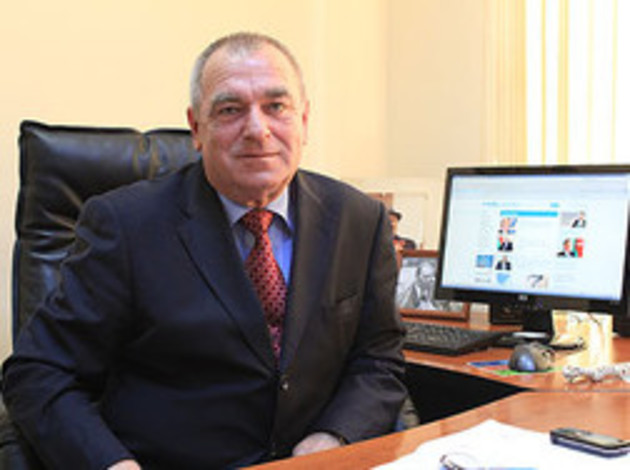 December 12, marked the tenth anniversary of the death of the Azerbaijani national leader Heydar Aliyev. Alexander Ivanov, who worked in the Soviet era as his main bodyguard, shared his memories about Heydar Aliyev with Vestnik Kavkaza.

- You worked for a long time with Heydar Aliyev. You were one of his closest persons. Which of his personal qualities and traits do you remember?

- Most of all, I remember his insistence to his surroundings, professionalism, no secrecy or deception, dedication to his cause and land, and personal qualities - kindness , understanding, faith in people and, above all, in his own people .
All his political and operational activities were subsequently directed only to the welfare of the people, and it was already felt during his work as the first secretary of the Azerbaijan Communist Party from 1969 to 1982. Then the economic power of Azerbaijan was markedly enhanced, and agriculture rose to a high level: there were record crops of cotton, grapes, therefore the welfare of the Azerbaijani people increased, especially in those areas where agriculture was highly developed. Being in Moscow from 1982 to 1987, Heydar Aliyev as the first deputy chairman of the USSR Council of Ministers oversaw a huge amount of work - more than 20 ministries. These were leading institutions such as the Ministry of Transport, Communications, Transport Construction and so on.

Meticulous knowledge of all the issues, all the situations probably led to the fact that Heydar Aliyev personally oversaw the results in the construction of the Baikal-Amur Mainline (BAM) . When the construction began, it was the year of 1984, in my opinion, for more than 10 days he was at the site Bratsk – Vladivostok and Nakhodka, which created major problems in the BAM construction.

For the first time meeting of the Council of Ministers took place at a depth of the North- Amur tunnel. There were ministers, first secretaries of regional committees, and all the party activists of the Soviet Union there. This route was put to such a level. He is now said to be a crisis manager - in the situations with tragic consequences, like the situation when a passenger boat "Suvorov" sank in the Volga, and "Nakhimov" – in Novorossiysk, with a huge number of human casualties, he took care and showed his attention to the people who came to identify the bodies of their relatives. He was characterized by sincerity, openness, understanding the needs and aspirations of his people.

- The circumstances of Heydar Aliyev’s return to Azerbaijan were not easy. How do you assess the situation at the time, as well as the very decision to return home?

- He's just a man who found himself away from his homeland, just like me (I'm also from Baku, I was born and raised in Baku, and then I was transferred to Moscow to work with him in 1982) . Some time later, these nostalgic moments really contributed to the fact that he could return to his homeland, and later the people reached such condition that no other leader in Azerbaijan would come except for Heydar Aliyev. Nobody could do that. The situation was such that, firstly, people who were in opposition to him, even given his active work in Nakhichevan , where people chose him to be their leader, contributed to the fact that the Azerbaijani people chose him as their president  And thus he saved the fatherland.

- We should remember the courage, heroism, patriotism of Heydar Aliyev, when he was the first in Azerbaijan, in the Nakhichevan Republic, which he then headed, to raise the flag, which is now the national flag of the Republic of Azerbaijan. This is one of the most important moments. Further, his vision, his originality of mind, originality of understanding of the political situation, although I cannot judge the moments of his political activities of state-building. I am a person who for years was with him in his work, even during his free time, and I can say that his vision and foresight in signing the "Contract of the Century" were great. The Contract is 20 years old, and only a man of genius could bring something that today the Azerbaijani people feels. The farsightedness of his policies when signing the "Contract of the Century" today is understood not only in Azerbaijan but also in Europe and throughout the civilized world, and Azerbaijan is moving forward. The precedents are very, very few in the world that in such a short period one could develop the economy, the social unit in the country; the same goes for the vision of Heydar Aliyev’s policy which led to the current situation in Azerbaijan.

- Do you have any personal memories about Heydar Aliyev?

- I started working with him when I was 27 years old, in fact, I was still a young man, but I had some views on the further life. But I thank God that I could not only provide the security of the great political figure of the Soviet Union. His attitude to the people, his attitude towards the family could not help reflecting on my personal, household and family affairs. It is necessary to graduate from a number of professional higher education institutions to soak up the wisdom of this man. His concern about people, about his children, his wife, who left so early this world, overwhelms me with feelings.