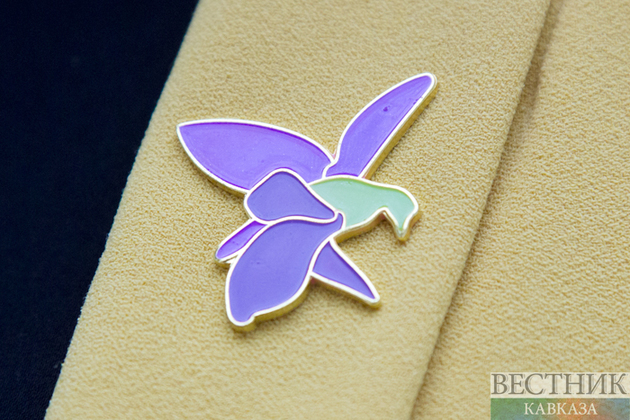 The 5th Kharibulbul International Folklore Festival has opened in in Azerbaijan’s Shusha today. It will be held from May 12 through May 14, 2022 under organizational support from the Ministry of Culture, the Heydar Aliyev Foundation, and the Shusha City State Reserve.

The large-scale festival will bring together Azerbaijani and international musicians from ten countries.

The International Music Festival held in Shusha city and other areas of Azerbaijan’s Karabakh region in May 1989-1991 was again held in the city on May 12 and 13, 2021 after a 30-year break [due to its occupation by Armenia until the 2020 second Karabakh war] under organization of the Heydar Aliyev Foundation.

The first festival held in 1989 was dedicated to the 100th anniversary of Seyid Shushinski. Alongside the local singers, music groups from Kyrgyzstan, Kazakhstan, Russian Bashkiria, Lithuania, and Belarus were also represented at the festival. About 100 people attended the festival.

Since 1990, the Kharibulbul festival has received international status. The invitation of folklore groups from foreign countries such as the Netherlands, Germany, Israel, and Turkey to the event aroused great public interest. Due to the difficult situation in Shusha as a result of Karabakh conflict, the main events of the festival began to be held on the territory of Aghdam, and some concerts were held in Barda and Aghjabadi cities. In total, about 170 people from around the world took part in the second festival.

The third festival took place in 1991. It was attended by nearly 300 people from 25 countries. Due to the large number of spectators, the concerts were also held at the stadiums. The final concerts of the 2nd and 3rd festivals were held in Baku at the Heydar Aliyev Palace.