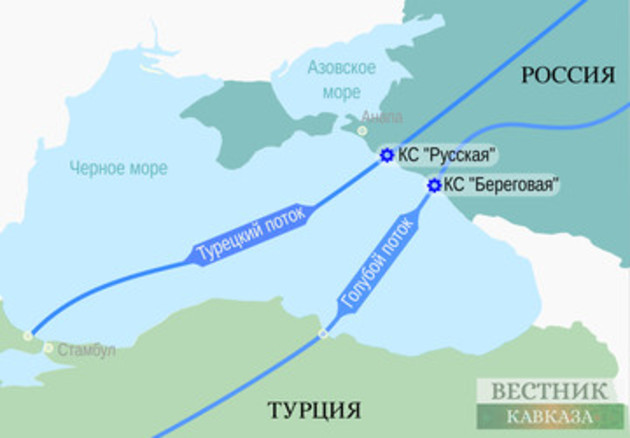 About 43% of the Russian Turkish Stream gas pipeline's estimated capacity was used in 2020, according to Gazprom's report.

"In the reporting year, a total of 13.51 billion cubic meters of natural gas were transported via the pipeline," Interfax cited the report as saying

Gazprom clarified that in addition to the Turkish consumers, who receive "blue fuel" through the first string, last year Russia began gas flows to consumers in Bulgaria, Greece, North Macedonia and Romania.