Airborne knife in Russia’s back: why Armenia was the first to block Russian plane? 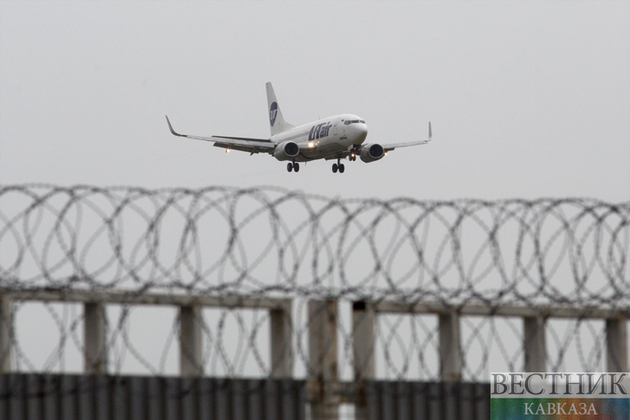 Two days ago, on March 3, Russia's ally Armenia detained a plane of the Russian company S7 Airlines at the Zvartnots airport in the framework of anti-Russian sanctions in the aviation sector at the request of the Irish leasing company SMBC Aviation Capital, owned by the Japanese financial group Sumitomo Mitsui. At that moment, the Ural Airlines flight en route to Yerevan, in order not to risk, turned around and landed at the Mineralnye Vody airport.

After this incident, S7 Airlines announced first a partial and then a complete suspension of international flights, as the company cannot be sure that other states will allow its aircraft to return to Russia when even an allied country delays them. Today, Ural Airlines refused to fly to Yerevan.

Officially, the Civil Aviation Committee of Armenia explains the detention of the S7 Airlines aircraft due to ”the documentation issues on the airworthiness period" and claims that the aircraft was detained only temporarily, while the permission for its flights is suspended. However, in this case, it is not the explanations that are important, but the fact that the longtime Russian ally is the first to begin to implement the sanctions restrictions imposed on Russia by the West.

In an interview with a correspondent of Vestnik Kavkaza, Associate Professor of the Department of International Security of the Faculty of World Politics of Lomonosov Moscow State University, Alexey Fenenko, said that such behaviour of Armenia was expected. "This is very understandable. Yerevan has two reasons why it was the first to apply anti-Russian sanctions, despite the status of an ally," he said.

"The first reason is the continued tilt towards the West. As you know, Armenia is constantly expanding cooperation with NATO and the European Union, and within the framework of this course, it is doing everything to attract their sympathy. Therefore, now Armenia wants to curry favour with the EU and NATO, to show that the Association Agreement with the EU is working and that it is ready to develop relations with NATO," Alexey Fenenko explained.

“The second reason is Yerevan’s dissatisfaction with Russian policy in the South Caucasus. First of all, Armenia would like to somehow take revenge on Russia for its position during the hostilities in the fall of 2020. The Armenian authorities really expected that Moscow would support them in the war against Azerbaijan, and they would be able to attract the Russian army to fight with the Azerbaijani military. Armenia also negatively perceived the setting of allied relations with Azerbaijan by Russia and is now looking for ways to respond to this. Thus, the issue with the S7 aircraft is one of the ways,” the political scientist said.

Against the backdrop of a sharply complicated international situation for Russia, such a step by Armenia is certainly unfriendly. Yerevan could have allowed the Russian aircraft to return to the Russian Federation, despite the order of the Irish daughter-company of the Japanese financial group, and this would not have had significant negative consequences for it. This is what alliance is all about – taking into account the interests of allies. Perhaps, for Armenia, the time has come to change allies, but how will this decision be assessed by Russia?