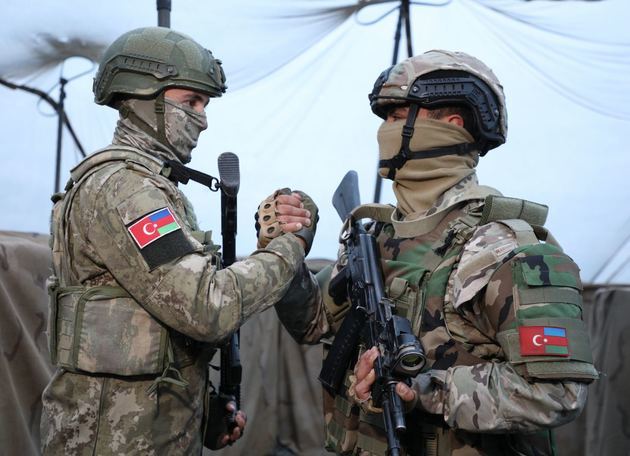 Any threat to Türkiye or Azerbaijan constitutes a threat to both countries, Türkiye's Minister of National Defense Hulusi Akar said.

According to the minister, Türkiye and Azerbaijan can be a unified army, a unified force, and a unified fist when necessary.

The minister has today observed the "Fraternal Fist" military drills of the Azerbaijani and Turkish Armed Forces.

The exercises involving the military personnel of different types of troops, combat and special engineer-sapper equipment, as well as military aviation vehicles of the Azerbaijani Army and the Turkish Armed Forces are held in Baku city, as well as Astara, Jabrayil, and Imishli districts.