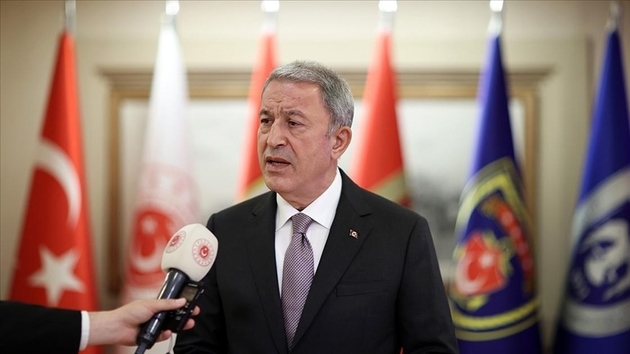 Turkey hopes the United States will not fall for the “game” being played by certain U.S. lawmakers against the potential sale of F-16 fighter jets, the country’s defense minister said, after the House of Representatives approved a bill creating a new hurdle to any Turkish purchase.

Defense Minister Hulusi Akar said talks on the sale were ongoing and Turkey is closely monitoring the process, adding U.S. officials were aware of the importance of NATO member Turkey as an ally in counterterrorism and migration.

“While that is the situation, how can you explain this? A lawmaker, a group is coming out and stirring things up through certain manipulations and disinformation,” Akar told reporters on Monday following a Cabinet meeting in the capital Ankara. “We expect the United States not to fall for this game.”

Turkey has sought to buy 40 Lockheed Martin-made F-16 fighter jets and modernization kits from the United States. President Joe Biden has said he supports the sale, and his Turkish counterpart Recep Tayyip Erdoğan has said he believes it will go through after talks with Biden.

Last week, the House approved legislation that would bar the sale to Ankara unless the administration certifies that doing so is essential to U.S. national security, while also including a description of concrete steps taken to ensure they are not used for “unauthorized overflights” of Greece.

It marks the latest effort by the House, known for its anti-Ankara stance that has repeatedly damaged bilateral relations, to exert control over the sale of the Lockheed Martin aircraft to Turkey.