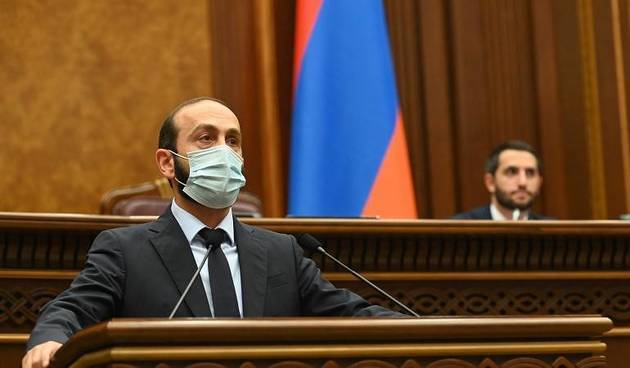 Armenian Foreign Minister Ararat Mirzoyan told reporters during the visit to Yerablur that the republic should be honest with itself.

"Stop living a lie. The catastrophe that has happened to us is the result of a great self-deception. It is time to face up to reality, be frank with each other, be candid," Mirzoyan said, commenting on the defeat in the Second Karabakh War.

He also noted that he did not want to respond to the opposition's criticism of negotiations on the normalization of relations with Turkey and Azerbaijan. "Since the late 1990s, there has not been a single year without negotiations, discussions, correspondence or contacts in the direction of the Armenian-Turkish dialogue, so leave these speculations aside," Sputnik Armenia quotes the head of the Armenian Foreign Ministry.

According to him, in parliament he is open about what is negotiated. "We have nationwide red lines, which in no case should be crossed. On the other hand, unfortunately, we are not the first and not the last people, who have been in confrontation with a neighbouring state for a very long time," Mirzoyan said, adding that Yerevan is set for a long-term and stable peace.