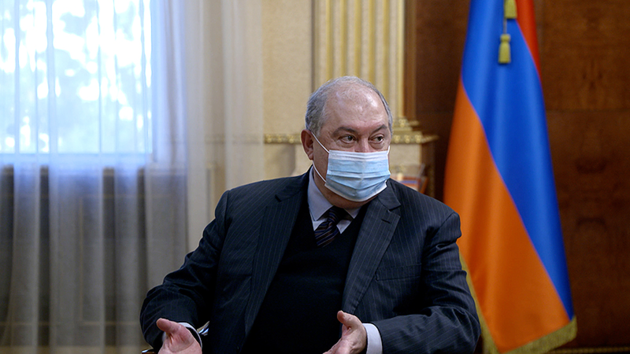 Armenian President Armen Sarksyan must make a decision on the resignation of the Chief of the General Staff of the RA Armed Forces Onik Gasparyan by midnight Saturday (23.00 Moscow time), his adviser Hasmik Petrosyan said.

She does not know whether the president has a ready-made solution, Sputnik Armenia reports.

Earlier, at a rally in Yerevan, Ishkhan Saghatelyan, coordinator of the Movement to Save the Motherland, said that the president would make a decision at 18.00 (17.00 Moscow time), and only after that the opposition would tell about its further steps. The experts argue that the deadline would expire tomorrow morning.