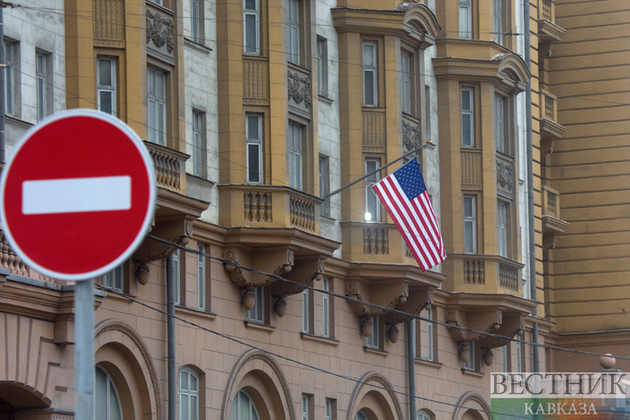 In early May, while the EU is discussing the sixth package of sanctions against Russia, and the US is declaring the "strategic and military defeat of Moscow" as its goal, Armenian Foreign Minister Ararat Mirzoyan arrived in Washington on a five-day working visit. During the first four days of his trip, he managed to hold talks with Secretary of State Anthony Blinken, USAID Administrator Samantha Power and President of National Democratic Institute Derek Mitchell, as well as sign a memorandum of understanding on Armenian-American strategic cooperation in civil nuclear industry.

At both high-level meetings, Ararat Mirzoyan expressed gratitude to the U.S. government for supporting democracy in Armenia. Blinken, Power and Mitchell, for their part, noted the importance of further strengthening US-Armenian relations "in line with our shared democratic values."

Against the background of the most severe U.S. pressure against Russia such behavior of the Russian ally Armenia raises a number of questions. First, why did Yerevan need the visit of Nikol Pashinyan's closest ally to Washington now? Indeed, the United States needs it, the U.S. are interested in Armenia joining their side in the fight against Russia - Mirzoyan's meeting with Blinken was described as "the beginning of the Strategic Dialogue between the United States and Armenia."

Armenia is able to realize why the United States needs this "Strategic Dialogue", but still responds to the U.S. request, although any step in this direction is a betrayal of its ally. What does this mean? Are the Armenian authorities openly preparing to side with "Western partners"? Does the price of betrayal offered by the United States suit Pashinyan and his people? Judging by the official documents of Mirzoyan's visit to Washington, it does.

The memorandum on cooperation in nuclear industry, which is signed by Mirzoyan and Blinken, is nonsense now. The only partner of the Armenian power engineers in the operation and modernization of the Armenian NPP is Rosatom, which provides the station with fuel, technologies, specialists and repairs. Again, what does this memorandum mean? The Armenian authorities are no longer satisfied with the Russian company, and they want to change the partner, transferring Russia's nuclear know-how to the U.S.? If the memorandum is just political, it still has a negative message for Russia: the ally agrees to cooperate with the enemy.

No less questions are raised by meetings with the leaders of two anti-Russian organizations  - the United States Agency for International Development (USAID) and the National Democratic Institute (NDI). Both USAID and NDI are known as organizations under the guise of which "color revolutions" are being prepared in various countries and Russophobic programs are being implemented. USAID was expelled from Russia in 2012, and NDI was declared undesirable in Russia in 2016. At the same time, their offices operate in Armenia, and the Pashinyan regime has repeatedly emphasized the importance of their activities for strengthening Armenian democracy. Mirzoyan these days stressed "the importance of opening an NDI office in Armenia after the" velvet revolution ".

But why is it so important  for the Armenian authorities to cooperate with Washington here and now? They are obliged to answer this question to Moscow.