Armenia to hold first military drills after being defeated 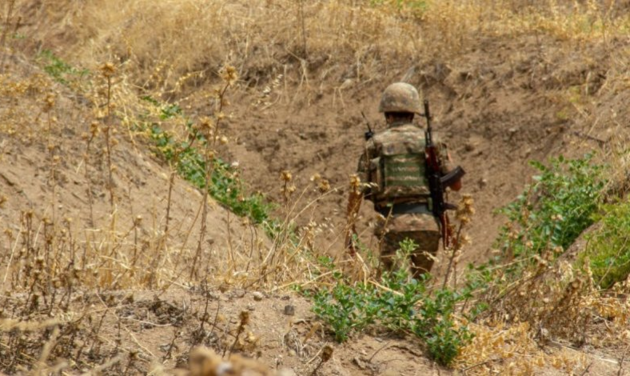 The ministry said that, in accordance with the Armed Forces’ combat-readiness plan for the first half 2021, joint tactical and tactical-professional military exercises will be held from March 16 to 20, in all operation directions of the Armed Forces.

These military exercises include about 7,500 servicemen, about 200 missiles, rocket-artillery and artillery, more than 150 antitank weapons, about 100 armored vehicles, and more than 90 air defense systems.

The ministry said the goal of the exercise was, among other things, to test the combat readiness of troops.

This announcement was made two days after Azerbaijan has announced large-scale military exercises. The Azerbaijani Army will start to conduct the operational-tactical exercises with the involvement of types of troops on March 15. The exercises that will be held under the leadership of the Minister of Defense involve up to 10,000 military personnel, up to 100 tanks and other armored vehicles, up to 200 missiles and artillery systems of various caliber, multiple launch rocket systems, and mortars, up to 30 military aviation assets, as well as unmanned aerial vehicles for various purposes.