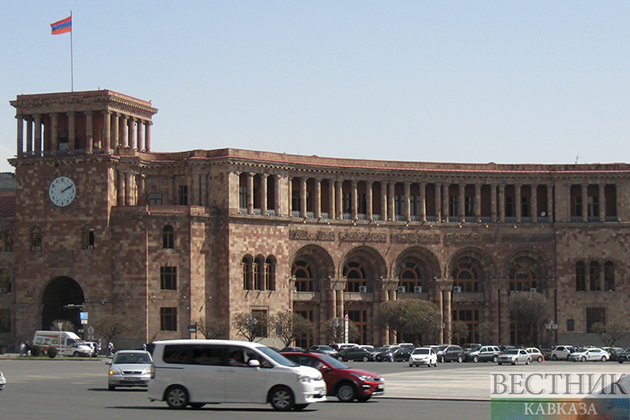 Several thousand supporters of the Resistance opposition movement broke through police cordons and blocked entrances to the building of the Armenian Foreign Ministry on Tuesday morning. The protest rally is being broadcast live by local news portals.

"This agency does not serve the interests of Armenia and Armenian people anymore," Vice President of the National Assembly of Armenia Ishkhan Saghatelyan who is one of the leaders of the protest rally said.