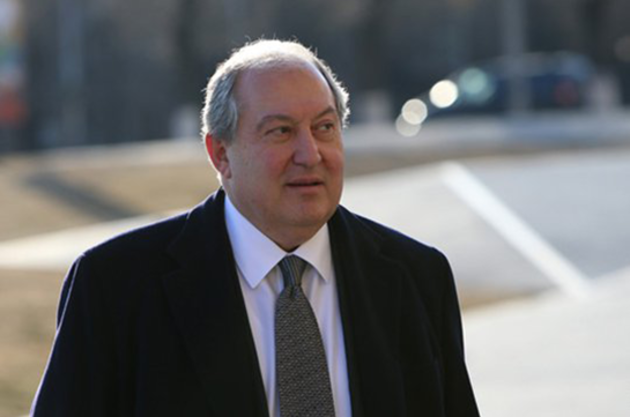 Armenian President Armen Sarkissian has announced his resignation, according to a statement posted on his official website on Sunday.

"It is not an emotion-driven decision and it has certain logic. The country’s president has no instruments to influence important issues either in the domestic or foreign policy. In this difficult period for our country, when nationwide unity is needed, the institute of presidency must not be a target for gossip and conspiracy theories that only distract the attention of society from major problems," the statement reads.

The country, in his words, is living "in a strange reality when the head of state cannot influence matters linked with war and peace," cannot veto laws he considers as inexpedient for the nation and for the state.

"In line with the procedure established by the constitutional amendments of 2015, Armenia has shifted from the semi-presidential to the parliamentary form of government since April 9, 2018, when Armen Sarkissian took office," the presidential website noted.

The president is the head of state and is in charge of "supervising the observation of the constitution," appointing regular and early elections to the National Assembly, accepting the resignation of the government. At the suggestion of the government and the prime minister, the president initiates cabinet reshuffles, appoints and recalls ambassadors, signs and denounces international agreements, addresses issues of citizenship and pardoning.