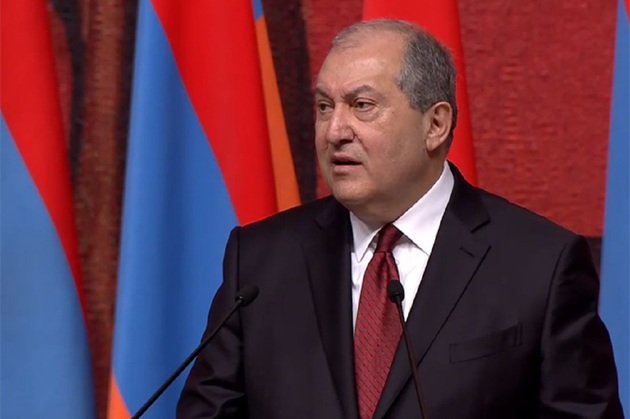 Armenian President Armen Sarkisyan has invited Prime Minister Nikol Pashinyan, leaders of parliament factions and members of the opposition Fatherland Salvation Movement to hold a meeting on March 13 to discuss ways out of the political crisis gripping the country, the presidential office reported.

"Guided by state and national interests and in order to discuss the current state of affairs of to find ways out of the crisis, I invite the prime minister, leaders of parliament factions and members of the Fatherland Salvation Movement to hold a meeting in the presidential residence on March 13 at 12:00 (p.m.)," Sarkisyan’s statement notes.

The president also stressed that the country continues to be in a political crisis which can have "unpredictable and irreversible ramifications for our state." "There are many problems, and urgent systemic changes are needed to address them, including constitutional and legislative ones. In the current situation, my only goal was to preserve the country from blows and avert a situation that could lead to unpredictable consequences," TASS cited him as saying.

The statement also notes that the presidential office will wait until Thursday 18:00 for replies from the invited parties.