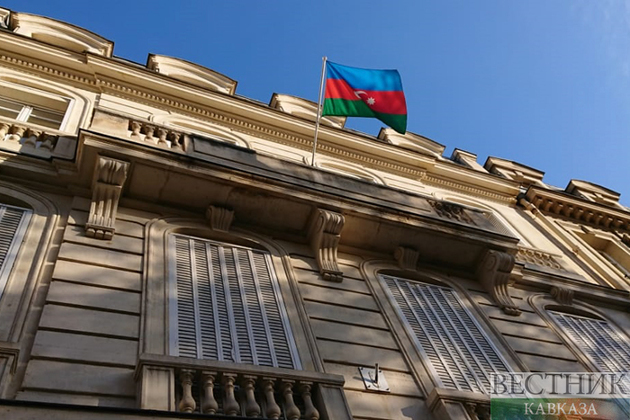 Azerbaijani Ambassador to Belgium Vaqif Sadıqov reported on the upcoming attack by Armenians on the diplomatic mission's building:

"Today, the radicals of the Armenian diaspora in Brussels are preparing to attack the Azerbaijani embassy after a rally in front of the European Parliament", the ambassador said on social networks.

On Sunday, September 18, members of the Armenian community of Georgia were going to hold a rally in front of the Azerbaijani embassy in Tbilisi, but it was prevented: the radicals were stopped halfway to the building of the Azerbaijani diplomatic mission. There were not many of them - about 20 people, several of them, who ignored the demands of law enforcement officers, were detained, another part of the protesters left the scene immediately, and their march ended at the building of the Georgian parliament, where members of the Armenian community of Tbilisi chanted baseless and provocative slogans against Azerbaijan.

On the same day, September 18, Armenian radicals tried to enter the administrative building of the Azerbaijani embassy in Paris with an intention to cause material damage to the building. The number of participants in the provocation reached 40-50 people. Some radicals demonstratively tried to burn photos of the presidents of Turkey and Azerbaijan, then they began to chant slogans against Azerbaijan. The embassy door was kicked and tried to knock out, and eggs were thrown at the building itself. On Sunday, there were employees on duty in the building, fortunately, no one was injured.

Tbilisi ready to mediate between Yerevan and Baku