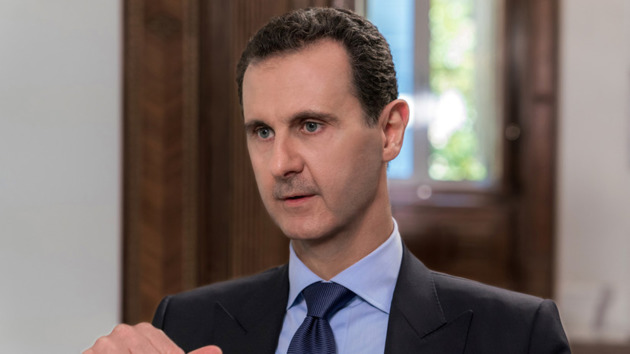 Syrian President Bashar al-Assad has halted a speech in parliament, telling legislators he needed to "sit down for a minute" after suffering a drop in blood pressure.

The 54-year-old was half an hour through his speech on Wednesday when he began appearing tired, interrupting it twice to take a sip of water from a glass in front of him.

He was speaking about U.S. sanctions on Syria and the war-torn country's economic crisis when he told the room: "My blood pressure has dropped and I need to drink water."

Shortly afterwards, he said: "I need to sit for a minute if you don't mind," before exiting the huge hall.

It was not clear how long he was absent but when he returned, al-Assad, a trained eye doctor who is not known to have any specific health condition, joked that "doctors are the worst patients," Al Jazeera reported.

Russia’s role in the revival of the Iran Nuclear deal

Expo 2020 shows states as they want to present themselves