Azerbaijan-Armenia talks on border demarcation to be held this year 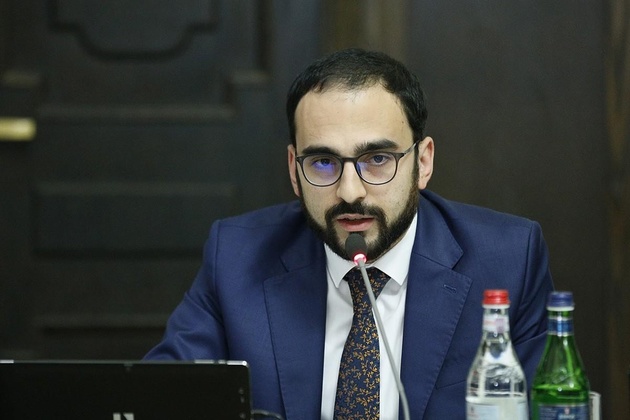 Negotiations with Azerbaijan on the demarcation of Armenia's state border may take place this year with the mediation of Russia, Armenian Deputy Prime Minister Tigran Avinyan said in parliament during a government Q&A session.

He said an inter-agency group is currently working along the entire length of the state border with Azerbaijan, which means that documents are being prepared for the anticipated negotiations, which will most likely take place this year with the mediation of Russian colleagues.

He said the border between Armenia and Azerbaijan has not yet been finally demarcated, but the Armenian side has maps and documents printed in different times as evidence, ARKA reported.