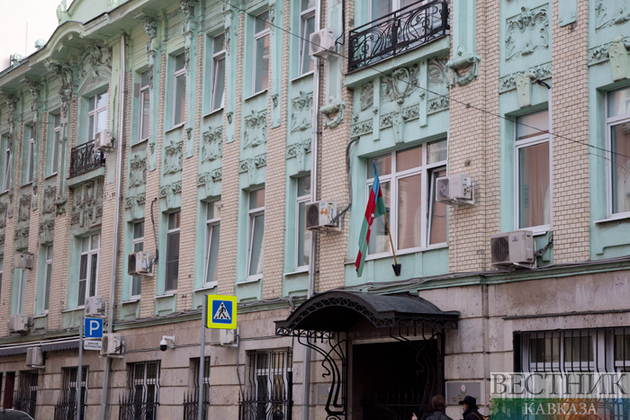 Member of the Russian State Duma, Deputy Chairman of the Committee on Economic Policy Mikhail Delyagin’s delusional and provocative speech on a Russian TV channel caused great concern and discontent among the Azerbaijani public, including the embassy staff, the Azerbaijani embassy in Moscow said.

During a traditional press briefing, Spokesperson for the Russian Foreign Ministry Maria Zakharova expressed solidarity with Peskov, stressing that such statements are unacceptable and irresponsible. Zakharova added that Delyagin’s words do not reflect the position of the Russian Federation, its leadership, aimed at relations of alliance and strategic partnership with Azerbaijan. The spokesperson for the Russian Foreign Ministry also expressed confidence that the leadership of the State Duma will also assess such provocative statements in an appropriate manner.

Moreover, Oleg Shein, secretary of the presidium of ‘A Just Russia’ party, member of the State Duma's III, IV, V, VI and VII convocations, sent a letter to Azerbaijani Ambassador to Russia Polad Bulbuloglu. In his letter, on behalf of Russian citizens having common sense, Shein apologized for the statements of his party member, State Duma member Delyagin. Shein also stressed that most of his compatriots consider Azerbaijan a friendly country while the Azerbaijani people - are good neighbors. Moreover, Shein, as one of the members representing the leadership of the party, stressed that the corresponding measures were taken to prevent such incidents in the future.

Ambassador Bulbuloglu expressed great dissatisfaction of the Azerbaijani public with the leadership of the All-Russia State Television and Radio Broadcasting Company, which includes the ‘Russia 1’ TV channel and stressed the inadmissibility of such incidents.

As a result of these efforts, Delyagin said that he took into account the advice given by the Russian officials, apologized for his statements, stressing that he took such a step for the sake of the show.