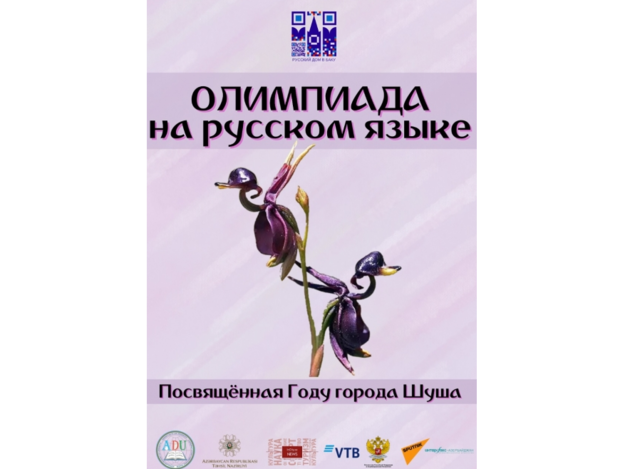 Azerbaijan is hosting the XIV annual Russian Language Olympiad, the press service of the Russian Information and Cultural Center in Baku reported.

In 2022, the Olympiad is dedicated to several important dates - the Year of the City of Shusha, the 305th anniversary of the birth of the first vizier of the Karabakh Khanate, the famous political and public figure and poet Molla Panah Vagif, the 190th birth anniversary of the first female diplomat in the East and the poetess Khurshidbanu Natavan.

The Olympiad will be held in two stages, following their results in June, the awarding ceremony of winners, school directors and the most active participants will be held.

Let us remind you that that last year the Oympiad was dedicated to the 880th birth anniversary of the great Azerbaijani poet and thinker Nizami Ganjavi. It took place despite the difficult epidemiological situation. 3.5 thousand students from 338 schools participated in the online Olympiad.