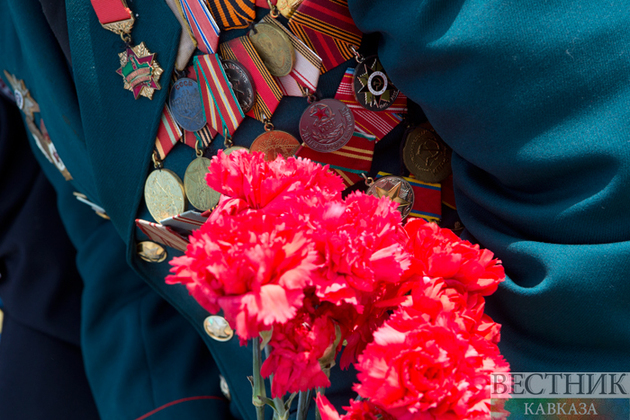 In execution of the Decree of President of Azerbaijan Ilham Aliyev dated April 19, 2022, the Ministry of Labor and Social Protection of the Population provided a one-time financial assistance in the amount of 1,500 manat ($882.8) to each of the 81 World War II participants on the occasion of the 77th anniversary of the Victory, the ministry said.

Following the order, a one-time financial aid worth 750 manat ($441.4) was also paid to the widows of soldiers who died or later died, persons awarded orders and medals for selfless work in the rear, members of special forces working on behalf of the army and fleet within the rear of the fighting fronts or the operational zones of the fighting fleets, persons granted the medal "For the Defence of Leningrad" during the World War II, as well as participants of the Leningrad blockade.

In total, 4,314 people were provided with one-time material support from the President's Reserve Fund.