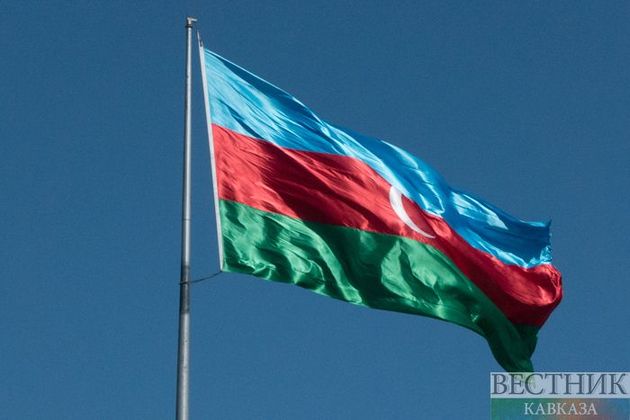 A group of Azerbaijanis have come under attack of Armenian nationalists during a protest held outside of the building of the Consulate General of Azerbaijan on 21 July, the consulate reported in its Facebook page.

Seven Azerbaijanis, including a woman, have been injured during the attack and four of them have been hospitalized. In addition, a police officer of Los-Angeles Police Department trying to protect the Azerbaijani woman from Armenian attackers has received head injury.

The Azerbaijanis were attacked by Armenian radicals in Los Angeles who surrounded the building of the Consulate General of Azerbaijan and held a protest action against Azerbaijan with aggressive and provocative slogans.

The Azerbaijani community members were carrying posters exposing Armenia's aggression and policy of ethnic cleansing against Azerbaijan, reflecting the displacement of about 1 million peaceful Azerbaijanis from their native lands as a result of the occupation. "Karabakh is Azerbaijan!", "Stop the Armenian aggression!", "Justice for Khojaly", "Armenia is starting a war against Azerbaijan during the COVID-19 pandemic. Shame on you!” were some of the slogans.

Seeing the growing aggression of the Armenians, the Consulate General immediately contacted the bus companies and began the process of evacuation of Azerbaijanis from the area. However, 15 minutes later, Los Angeles police informed members of the Azerbaijani community that they were concerned about the safety of the protesters, and started escorting Azerbaijanis away, accompanied by police.

Immediately after the incident, the Consul General contacted Los Angeles Police Chief Michel Moore, informing him of the seriousness of the situation and expressing his serious criticism of the police's inability to prevent the Armenian violence.

Thus, it was noted that the Los Angeles Police was aware of the protest by the Azerbaijani community in advance and assured the Consulate General that the security of the protesters would be fully ensured.

Moore apologized to the Consul General for the police forces’ failure to take relevant measures to prevent the violence, noting that the issue will be seriously investigated and a special investigation team will be set up.

Consul General Nasimi Agayev has visited injured Azerbaijanis in the hospital and said that measures are being taken to bring Armenian criminals to justice.

The U.S. ambassador to Azerbaijan has been summoned to the Foreign Ministry due to attack on peaceful Azerbaijani protesters by Armenian radicals in Los Angeles, the ministry’s Spokesperson Leyla Abdullayeva said.

Abdullayeva said that a large group of Armenian radicals attacked a small group of Azerbaijanis outside of the Azerbaijani Consulate in Los Angeles on July 22, injuring seven people.

She reminded that radical Armenian Dashnaks living in Los Angeles staged a protest in front of the consulate building with aggressive and provocative slogans. In response to the protest, members of the Azerbaijani community in California, who were much smaller in number, held a rival rally against the Armenian provocateurs chanting slogans exposing Armenia's aggression against Azerbaijan and its policy of ethnic cleansing.

“Radical Armenian Dashnaks used violence and aggression against peaceful Azerbaijani protesters, and even the Los Angeles police, who are responsible for providing security, failed to prevent their vandalism,” the spokesperson said.

"Unfortunately, we would like to note that we are currently witnessing attempts by radical Armenian forces to use violence and vandalism against peaceful Azerbaijani protesters in various parts of the world, including the United States and a number of European countries," she said.

She emphasized that such provocative actions are a clear example of the aggressive policy pursued by Armenia and its leadership by radical Armenian forces.

Armenian criminals have to be brought to justice for demonstrating violence and atrocity against Azerbaijani demonstrators in Los Angeles, the U.S., as well as in European countries, including Brussels on July 22, and the law enforcement agencies of the countries must be held accountable in ensuring the security of Azerbaijani communities in these countries, Abdullayeva concluded