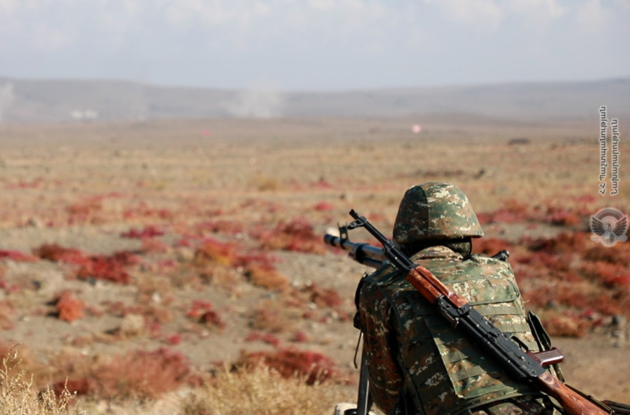 On Saturday, January 8, at 13:50, units of the Armenian Armed Forces shelled the Azerbaijani army servicemen in the Kelbajar region using AGS and large-calibre weapons, the Ministry of Defense of Azerbaijan reports.

As a result of the retaliatory actions of the Azerbaijani army, the fire from the opposite side was suppressed. Currently, the situation in this direction is stable.

Skirmishes between the Armenian and Azerbaijani servicemen have occurred several times since the end of the Second Karabakh War. Most of them are associated with the process of border delimitation. Before the war on September 27-November 9, 2020, the de facto Armenian-Azerbaijani border was located further east due to the Armenian occupation of Nagorno-Karabakh and seven adjacent regions. After the liberation of these territories by Baku, the demarcation of the borders began flaring disputes over their location.

The fiercest battles took place on December 8th. On this day, the Azerbaijani Defense Ministry accused the Armenian Armed Forces of intensive shelling and launched a full-scale offensive. The escalation was averted thanks to the intervention of Russian Defense Minister Sergei Shoigu.