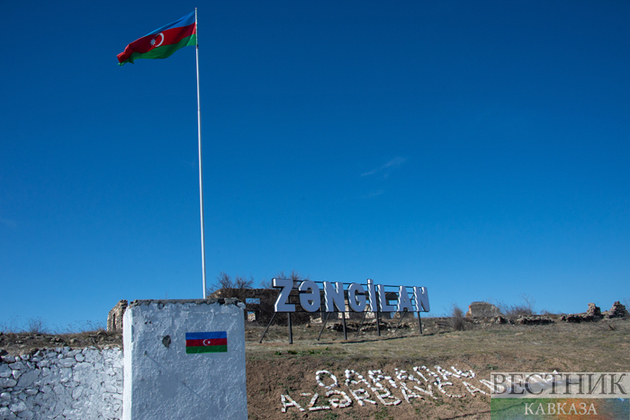 Resettlement to Azerbaijan's Aghali village is expected to continue in the coming months, Special Representative of the President of Azerbaijan in Zangilan District of Eastern Zangazur Economic Region Vahid Hajiyev said at the ceremony of seeing off the former IDPs on July 19.

"Today we are witnessing a historic event - the first resettlement of the residents of Zangilan, and I congratulate the Azerbaijani people on this event," Hajiyev noted.

The first group of citizens will be resettled to the village of Aghali in the Azerbaijani Zangilan region and a total of 41 families are planned to be resettled in four stages.

Hajiyev stressed that the whole process of resettlement is under the direct control of President Ilham Aliyev.

He also noted that citizens will settle in Aghali in quality houses equipped with ‘smart’ technologies. Employment, social, educational, and medical issues of the citizens will be solved by relevant agencies.

The presidential representative stressed that large-scale infrastructure projects are also underway in Zangilan. "Railways and roads are being built. The Zangilan airport will be commissioned in the near future. Aghali village was built according to the concept of a "smart" village," Hajiyev added.